"We are the faces of military sexual trauma and assault." 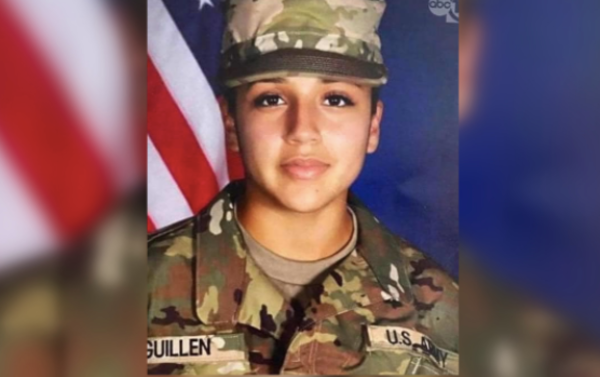 Many say they've been sexually harassed or assaulted themselves. Others say they know someone who was. Plenty say they felt hesitant to post about their experience. But none of them seem surprised.

Over the last several days, women have been flooding social media with posts about their experiences with harassment and assault in the military using the hashtag #IAmVanessaGuillen, a reference to the 20-year-old soldier who went missing over two months ago.

Army Pfc. Vanessa Guillen was last seen on April 22 at Fort Hood, Texas. She hasn’t been seen or heard from since, but the case took on new meaning when her family said that she was being sexually harassed by one of her superiors. Since then, the 3rd Cavalry Regiment commander has opened an investigation into the allegations.

“Vanessa’s case feels so personal because it could have been me,” one woman, who identified herself as an Army veteran, posted.

“Commands just sweep it under the rug,” another woman who said she was in the Army posted about her experience with sexual assault. “I have seen it with my own eyes.”

The posts are reminiscent of the wave of #MeToo disclosures on social media that, starting in 2017, kicked off a worldwide reckoning with sexual assault and harassment.

And while it hasn't been proven that Guillen's alleged harasser is responsible for or involved in her disappearance, post after post tell stories of how a woman's peers and leaders turned a blind eye to their own reports of harassment or abuse, or questioned their motives, or chalked up harassment to boys just being boys.

“PFC Guillen, I understand your confusion,” a woman who said she has served in the Army said. “As you believed the people surrounding you would be your brothers in arms and not your perpetrators.”

“It's always politics over people,” a woman who identified herself as a Navy veteran posted. “The entitled taking advantage of the naive. And leadership failing to do what they preach in every safety brief.”

“Vanessa is out there, and plenty more soldiers, airmen, seamen, and marines are faced with the same horrible reality at the hands of their leadership who either are the problem, are contributing to it by saying nothing, and even worse, NOT LISTENING,” another woman, who identified herself as an Air Force veteran, said. “This culture needs to change among our military.”

A fact sheet organized by Protect Our Defenders — a non-profit organization that works on behalf of military sexual assault or harassment survivors — says that in fiscal year 2018, 20,500 service members were sexually assaulted or raped.

More than 75 percent of those victims did not report the crime at the time. A third of them didn't report out of fear of that they would be ignored, or that the process wouldn't be fair; less than half of women who experienced assault of harassment said that they “felt well supported by their chain of command.”

But those who are posting online for Guillen say they don't plan on staying silent anymore.

“We have your back and we will never leave you behind.”