"She was afraid of this guy ... there were instances of him being volatile and aggressive and controlling." 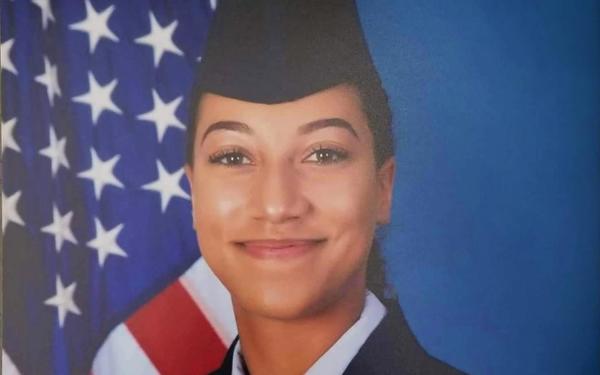 Airman First Class Natasha Aposhian was intimidated by a fellow airman with whom she had ended a brief relationship shortly before he allegedly shot and killed her, her father said in an interview with Valley News Live on Tuesday.

Aposhian’s death in a shooting at Grand Forks Air Force Base last month illustrates why the military needs to change how it treats enlisted women, said the airman’s father, Brian Murray.

“That should be the safest place to be on a U.S. base,” Murray told Valley News Live. “And the fact that something like this happened is unforgivable and should never happen.”

An Arizona native, the 21-year-old Aposhian left college to pursue a career in the Air Force, Murray said. She graduated with honors from basic training, graduated second in her class at tech school, and planned to serve 20 years in the branch, he said.

Aposhian arrived at Grand Forks in April, where she worked as an aircraft parts store apprentice with the 319th Reconnaissance Wing, the Air Force said in June.

According to Murray, Aposhian had a brief relationship with Airman Fist Class Julian Carlos Torres, 20, of the 319th Security Forces Squadron. The relationship lasted no more than a few dates, Murray said.

In June, Aposhian's parents described their daughter as a victim of domestic violence.

“She did relay to her mother and her best friend that she was afraid of this guy. That there were instances of him being volatile and aggressive and controlling,” Murray said.

“She said, ‘I’m afraid he’s going to kill me, Mom. I feel like I need to get an order of protection,’” the airman's mother, Megan Aposhian, told Stars & Stripes. “She did express that she was afraid of him and thought he was going to shoot her. I don’t know why.”

The Air Force is still investigating the shooting, and Aposhian's parents wants to know how a gun got inside the base dormitory. As a member of the security forces, Torres may have had greater flexibility to carry a weapon on the base.

The interviews with Aposhian's parents came amid a military-wide reckoning over the treatment of women in the ranks spurred by the disappearance and death of Spc. Vanessa Guillen, who allegedly experienced sexual harassment at Fort Hood before she went missing in April.

Guillen’s case led to a surge of female service members sharing their stories of sexual harassment and assault under the hashtag #IAmVanessaGuillen.

Megan Aposhian told Stars & Stripes that after experiencing her daughter's death and reading about Spc. Guillen, she feels naïve that she was unaware of the domestic and sexual violence issues in the military.

“We want the same reforms that Vanesa Guillen’s family is asking for. The military has a major issue with domestic violence and sexual violence,” Murray told Stars & Stripes. “There should be places where they feel safe to go to. I think that was part of the problem with my daughter as well. She’s one who wouldn’t want to get anyone in trouble. She was fearful of this guy, but probably afraid to go to [a] supervisor because of the fallout.”

On Wednesday, Sen. Dick Durbin (D-Ill.) requested an ‘immediate’ review of the military’s treatment of women and minorities in the ranks, joining other members of Congress who called for similar actions.

“Only the leadership of the Department of Defense can initiate a serious, top-to-bottom review of how the Armed Forces can reach the ideals of equality, fairness, and justice, which we owe to all Americans who take the oath of service to our military,” Durbin wrote in a letter in a letter sent on Thursday to Defense Secretary Mark Esper and Chairman of the Joint Chiefs of Staff Gen. Mark Milley.

Those actions come too late for Murray, who described every day since losing his daughter as “a bad dream.”

“You wake up everyday almost hoping, you know you’re just going to snap out of it. And then you are brought back to reality knowing that she is gone,” he said.