After months of ignoring her sexual harassment complaints, Misawa command finally transfers airman off base

“Just because my story is over, doesn’t mean the war on sexual harassment is over." 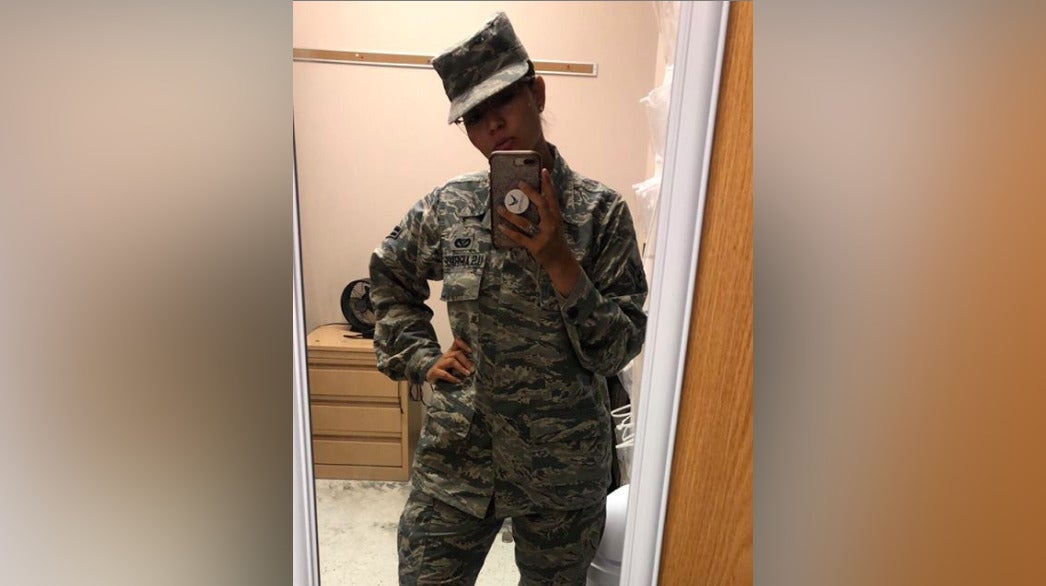 An airman who said her complaints of sexual harassment were ignored for months by Misawa Air Base command has finally secured a transfer to another duty station, Pacific Air Forces Public Affairs said in a statement.

“In accordance with her request, Airman First Class Sarah Figueroa was transferred to another duty location,” the statement said. PACAF did not disclose the new location to protect Figueroa’s personal information. PACAF wrote that it had also investigated the male airman who was harassing Airman 1st Class Figueroa, and that the commander took “appropriate action” after consulting with the legal office.

“The Air Force takes all allegation of interpersonal violence, to include bullying and sexual harassment, very seriously,” it added.

That did not appear to be the case in October when Airman 1st Class Figueroa took to Instagram to express her frustration with her command for disregarding complaints that a male airman had been stalking and harassing her for months.

“Last week, I was followed by the airman who sexually harassed and I feared for my life,” she said in her Oct. 13 post. “I thought I was going to die and I prayed over and over again while I was driving.”

Chief Master Sgt. of the Air Force JoAnne Bass commented on the post, asking the airman to send her an email. Figueroa’s mother also spoke about her daughter’s desperate situation in a video interview posted to YouTube on Oct. 21.

Fatima Figueroa said the male airman was issued a no-contact order earlier this year (which is similar to a civilian restraining order), Figueroa said he has ignored the order and continued to follow Figueroa, making her feel scared for her life.

The chain of command, military police, Equal Opportunity Office, and other authorities had not been helpful in resolving the situation, punishing the male airman, or helping Airman 1st Class Figueroa secure a transfer out of Misawa, Figueroa said at the time.

“This is a nightmare, this is a horror movie,” she said on YouTube in an interview with Kayla Rivera TV. “We shouldn’t be going through this. The only thing we’re asking is to transfer her out. That’s the only thing we want.”

According to her mother, Airman 1st Class Figueroa first started experiencing harassment from a fellow airman of the same rank and in a similar work billet in January. The male airman made indecent and vulgar comments towards her, and at one point he even went into her room, opened her drawers, played with her underwear and bra, and continued to make “disgusting” comments to her, Figueroa said.

Airman 1st Class Figueroa reported the initial harassment to military police and her chain of command. According to her mother, the Air Force investigated the case, decided it was a case of sexual harassment, and issued a no-contact order to the male airman.

However, since then, the male airman has parked next to Airman 1st Class Figueroa’s car, followed her, made more inappropriate comments towards her, and said hello to her “like nothing has happened,” her mother said.

Airman 1st Class Figueroa and her mother expressed frustration with base leadership. They said the commander claimed it was just a coincidence that the male airmen was following her ‘because it’s such a small base,’ they recalled him saying.

“She needs help. She needs to get out of there,” Fatima Figueroa said about her daughter in the YouTube interview. “Sarah should never have been placed in this predicament. Action should have been taken from the beginning.”

Now their request has finally been granted. On Oct. 29, Airman 1st Class Figueroa wrote on Instagram that she was given emergency orders to be transferred within 24 hours. She said her command expressed remorse for what happened.

“I just can’t believe it took this extreme of a measure for my chain of command to believe me,” she wrote. “On the way to the airport, my leadership shed tears in telling me they couldn’t believe it was true and that everyone felt horrible for thinking I was exaggerating.”

When asked if the Equal Opportunity Office, chain of command or military police at Misawa were being investigated for allegedly disregarding Airman 1st Class Figueroa’s complaints, PACAF wrote that there were no ongoing investigations on the matter.

“The Air Force’s investigative processes thoroughly address all persons and parties involved in incidents to ensure alleged victims and alleged perpetrators are protected under the Uniform Code of Military Justice,” PACAF said. “In this case, helping agencies and the chain-of-command worked diligently to provide a solution for Airman First Class Figueroa.”

On Instagram on Oct. 29, Airman 1st Class Figueroa wrote that her leadership issued her a no-contact order detailing the places the male airman could not walk by, drive by, or be seen in unless he called leadership. The order also said he would have to call leadership any time he came across her and that he could not park his car next to any vehicle that looked like hers.

“When I got this Order, I was angry and disappointed … I just kept looking at it in disbelief and wondering why this wasn’t given to me earlier,” Airman 1st Class Figueroa said. “I had just been notified that I was going to be transferred so it felt like too little too late until I was told this could last my entire military career to keep me safe.”

Still, she wrote that she saw the male airman’s car in her dormitory’s parking lot that night. She fled and said her leadership picked her up and drove her to the police station.

In one of her Instagram posts on Oct. 29, Airman First Class Figueroa wrote that she was “somewhere safe now,” but there are plenty of women in the military who are not. In her earlier posts, she compared her situation to that of Spc. Vanessa Guillén, a soldier who was sexually harassed and murdered by a fellow soldier in April.

“Just because my story is over, doesn’t mean the war on sexual harassment is over,” she said. “My justice will come when we end this disgusting neglect … We signed our lives to fight for yours, not to be sexually harassed, assaulted, retaliated against for speaking out.”

Related: The Army’s ‘complete failure’ led to this private’s suicide after she was sexually assaulted, parents say