Air raid sirens “sounded in the area of the Golan Heights” early Thursday morning, according to a terse statement from the Israeli... 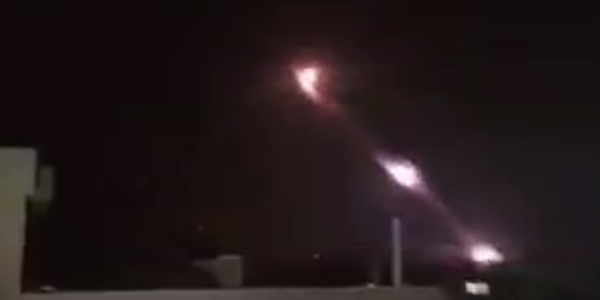 Air raid sirens “sounded in the area of the Golan Heights” early Thursday morning, according to a terse statement from the Israeli military, sparking alarm amid eyewitness reports that forces in Syria had engaged Israel Defense Forces personnel in retaliation for repeated airstrikes against military targets across the war-torn country.

A number of rockets were intercepted by the IDF's Iron Dome aerial defense system. No injuries were reported. The IDF views this event with great severity and remains prepared for a wide variety of scenarios

It's certainly worth noting that news of direct conflict between the IDF and Iranian forces in Syria comes the day after President Donald Trump announced his intent to withdraw from the Iran nuclear deal, a move that could potentially embolden Israel to pursue unilateral action against the Iranian regime.