The Army’s ‘complete failure’ led to this private’s suicide after she was sexually assaulted, parents say

"The Army can deploy thousands and thousands of troops during a war situation within 24 hours .... And they can't expedite our daughter off a base after two sexual assaults?" 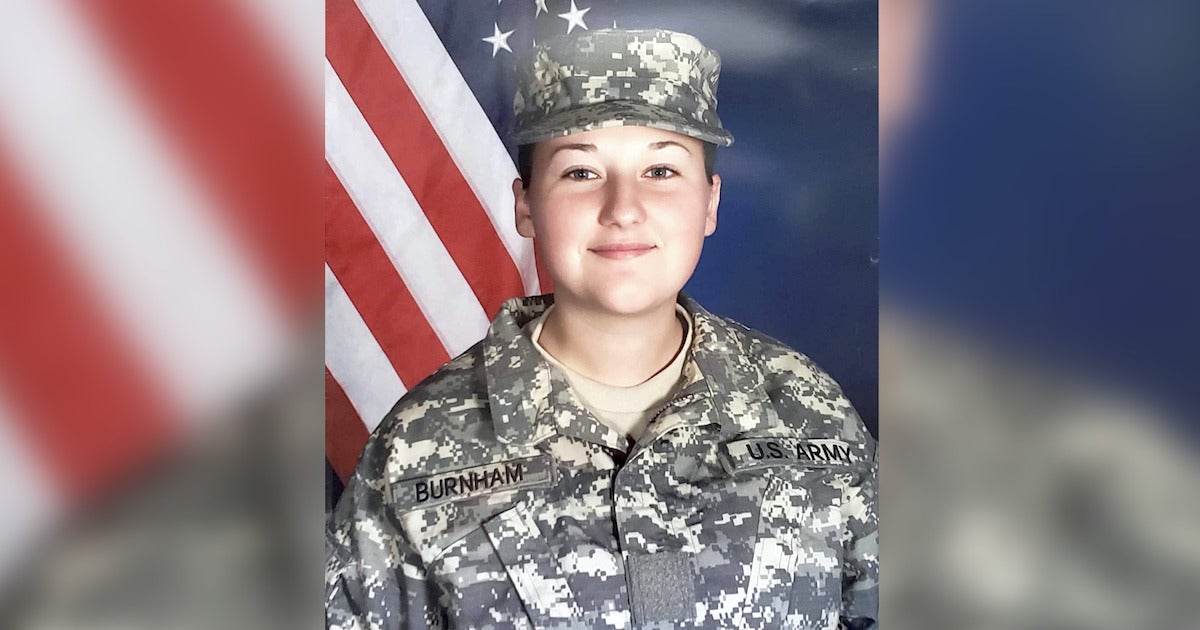 The parents of an Army private who died by suicide say the Army “did nothing” to help their daughter after she was sexually assaulted multiple times.

Nicole Burnham, a private second class, was stationed at Camp Casey in South Korea in June 2017 when she was “held down against her will” by “multiple male soldiers,” her parents, Steve and Stacey Burnham, told CBS News. Burnham was sexually assaulted again two months later.

Nicole’s story is part of a year-and-a-half-long investigation by CBS Evening News anchor Norah O’Donnell and the CBS News Investigative Unit into sexual assault in the military.

An Army spokesperson confirmed to Task & Purpose that Burnham “was the victim of abusive sexual contact, sexual harassment, indecent language, and the wrongful communication of a threat.”

But according to the Burnham family, the Army’s attempts to help their daughter were too little too late.

After her assaults, Nicole reportedly requested an expedited transfer to get back to the United States, but her mother said it took 82 days for it to be approved.

“I don’t know what part of ‘expedited’ is 82 days,” Stacey Burnham told CBS. “And I would say, ‘Who is there to help you? There has to be somebody you can go to.’ ‘No, there’s nobody here, Mom. Please stop asking.'”

“The Army can deploy thousands and thousands of troops during a war situation within 24 hours,” Steve Burnham told CBS. “And they can’t expedite our daughter off a base after two sexual assaults?”

The Army spokesperson told Task & Purpose that after Nicole’s death, the Army “reviewed her case and established procedures to ensure Expedited Victim Transfers occur within 30 days and that losing and gaining units have visibility on these cases.”

While Nicole waited to be transferred, she “faced harassment for reporting her assaults,” CBS reports. Official statements viewed by CBS say she was called a “whore” who was “deserving of rape,” and that the harassment she faced led to feelings of “self-isolation.”

Despite this, an Army investigation viewed said that her direct supervisor failed to report her “suicidal ideation” despite the mandatory reporting guidelines requiring they do so.

Nicole finally made it home a few weeks before Christmas. Stacey said she could see that her daughter had lost weight, and her hair was thinner. When she came home, Stacey said, she locked the door in her bedroom “and pushed a dresser up against it.”

Within two weeks, Nicole was reporting to Fort Carson, Colo. They weren’t made aware that she was a sexual assault survivor, which Stacey said was “just another complete failure of the Army.”

It wasn’t long after Nicole arrived in Colorado that she was told she may have to go back to Camp Casey in South Korea to testify.

The next morning, Nicole was found dead in her barracks.

Stacey said that the family received a report from the military which said the Army didn’t think Nicole “was ‘mentally sound at the time of her death due to multiple sexual assaults and systemic harassment over a substantial period of time.'”

“They knew this and they did nothing,” Stacey told CBS. “Until they sent us home a flag-draped coffin.”

O’Donnell said that throughout the investigation, CBS found “consequential failures by leaders to change a pervasive culture of sexual assault in the military,” and that it’s “time for ‘Me Too’ movement in the military,” according to Stars and Stripes.

That exact movement seemed to gain more traction earlier this year, after the disappearance and death of Army Spc. Vanessa Guillén.

After Guillén’s family came forward saying the young soldier had been sexually harassed but didn’t feel comfortable reporting it to her command, a wave of other service members began sharing their own stories of assault and harassment on social media using the hashtag #IAmVanessaGuillen.

“Vanessa’s case feels so personal because it could have been me,” a woman who identified herself as an Army veteran said on Facebook.

“Vanessa is out there, and plenty more soldiers, airmen, seamen, and marines are faced with the same horrible reality at the hands of their leadership who either are the problem, are contributing to it by saying nothing, and even worse, NOT LISTENING,” another woman, who identified herself as an Air Force veteran, posted. “This culture needs to change among our military.”

“Leaders, regardless of rank, are accountable for what happens in their units and must have the courage to speak up and intervene when they recognize actions that bring harm to our Soldiers and to the integrity of our institution,” McCarthy said.

“It is clear we have significant work to do to regain our Soldiers’ trust in our Sexual Harassment/Assault Response and Prevention (SHARP) program.”