The Army Chief of Staff wants you to have work-life balance. Seriously

“When every soldier feels so strongly about each other, they will do anything to care of those soldiers. That’s what it’s all about." 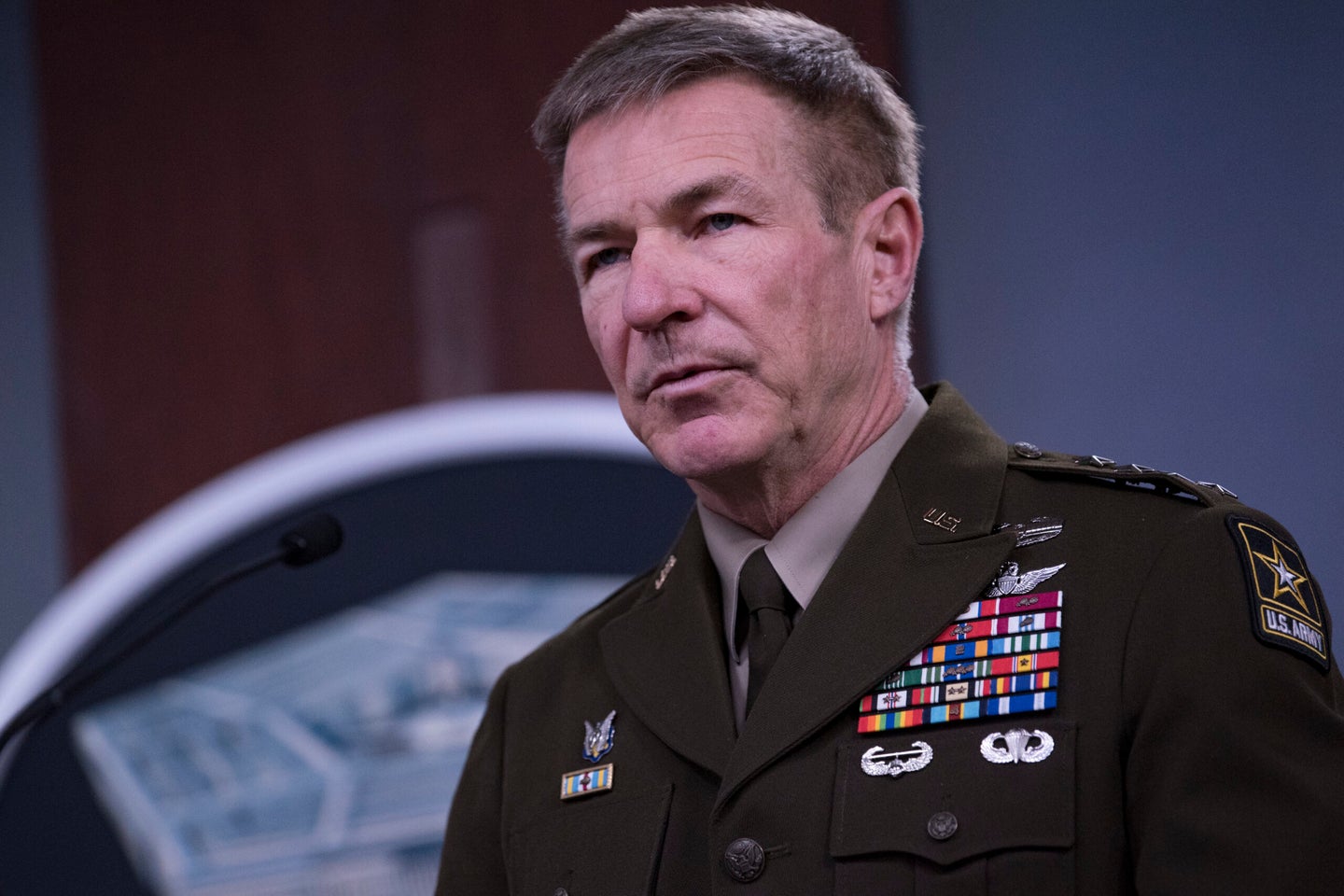 When Army Chief of Staff Gen. James McConville was a major, he saw something that really pissed him off.

He was with the 25th Infantry Division at the time, and soldiers were participating in Cobra Gold, an annual training event held with the U.S. and Thai armed forces. At the same time, a captain in another brigade was getting ready to become a dad.

“We had an opportunity to get that captain back, to be there for the birth of his child,” McConville told Task & Purpose during an interview on Thursday. “And that brigade commander would not let him go back. And I just thought that was a travesty.”

The soldiers were flying to the Cobra Gold exercise when someone announced over the intercom of the plane that the captain was the father of a baby boy.

“I was furious,” McConville said. “I wasn’t even in that brigade … And I made a pledge right then: I will never let that happen on my watch, in any unit that I’m ever in.”

He meant it, too. He and his wife, Maria, an Army veteran, created a work-life balance slide years ago to help give guidelines on ranking the importance of life events against work obligations.

It’s something he says he points his staff to regularly and has, on several occasions, physically whipped it out to demonstrate that maybe their routine job requirements that week aren’t quite as important as being there for an important family event, like a son’s Ranger school graduation or the birth of a child.

He lives it himself, too. When one of his two sons — he has three children, all of whom are in the Army — was returning from his first combat deployment to Afghanistan, McConville was determined to be there to welcome him home, come hell or high water.

So when the new Secretary of Defense wanted to interview him for the Army chief of staff job — on the same day he was supposed to be meeting his son at Fort Stewart — he said he was honored, but he was busy that day.

“And of course the staff are talking like, ‘Wait a minute, doesn’t the general know that the secretary of defense is very busy, you know this is a big deal.’ I said ‘Well, I know it’s a big deal … I’ll be glad to interview with him, I just can’t do it that day,'” McConville explained. “‘Unless he wants to come to Fort Stewart.'”

Ultimately, he laughed, it “worked out okay.”

McConville has been at the center of the Army’s shift to a people-centric organization. At the beginning of the Association of the U.S. Army’s annual conference on Tuesday, Army Secretary Ryan McCarthy announced that the service was shifting its priorities, putting people at the top, followed by readiness and modernization. It was a noticeable change for a military service that has been relentlessly pushing readiness for years, which service leaders called “unsustainable.”

Work-life balance is of course just one piece of the puzzle. A tumultuous summer shone an intense spotlight on problems within the Army, which seems to have resulted in a renewed sense of urgency in service leaders to address a host of issues such as diversity and inclusion, suicide, sexual assault, and harassment.

No one case has put more pressure on Army leadership than the disappearance and death of Spc. Vanessa Guillén from Fort Hood, Texas.

“I had a chance to spend time with Vanessa’s mother,” McConville told Task & Purpose. “She asked me that we would take the lessons learned from this, and spread them across the entire Army, and we are doing that now. You know, we let her down. I told her that we did not take care of her daughter. But what we want to do is learn from what happened …. we want to make sure that never happens again.”

The Army’s potential changes were detailed in an action plan released on Tuesday alongside the service’s announcement about prioritizing people, which said there would soon be new guidance that makes clear “when one of our teammates fails to report for duty, we will consider them missing and take immediate action to find them.”

“We’ve had some cases that, quite frankly, I don’t think we took the best care of our soldiers,” McConville said on Thursday, explaining that the current policy is sometimes read to mean that when a soldier doesn’t show up for duty, they are automatically considered absent without leave (AWOL). The new guidance will clarify that that isn’t the case.

“What you’re going to see is, it goes along with the ethos that we never leave anyone behind. And so if someone is not present for duty, the assumption is they are missing,” he said. “And we continue to look for them. We do everything we can … And if we find out that yeah, we’ve got enough evidence that they voluntarily left and they went absent without leave, then we get on that policy. But it’s a fundamental shift in philosophy on how we take care of our soldiers.”

Guillén’s case also gave new life to the conversation about sexual assault and harassment in the military after her family came forward and said she had disclosed to them she’d been sexually harassed.

While assault and harassment are not unique to the Army, the service’s program on combatting those issues — the Sexual Harassment and Assault Response and Prevention (SHARP) program — came under fire for being ineffective.

Sen. Tammy Duckworth (D-Ill.), an Army veteran, demanded a review of the SHARP program by the Government Accountability Office, saying the high-profile incidents over the summer “raise troubling questions about whether SHARP is achieving its objectives, let along preventing sexual harassment and assault.”

McConville said Thursday that SHARP isn’t “as efficient and effective as it could be because frankly, we still have soldiers being sexually harassed and sexually assaulted.”

Assault and harassment are two of the things the Army is hoping to tackle with the “This Is My Squad” initiative — “It’s not just a slogan,” McConville insisted — which Sergeant Major of the Army Michael Grinston is spearheading.

The “secret sauce” of the Army is building teams of soldiers that would do anything for one another, McConville said, adding that soldiers already intervene in crises: if soldiers walk by a house on fire, “99 percent of the time that soldier’s going in.” Now they need to apply that same sense of intervention to the things happening to their teammates.

“That’s when you get it right,” he said. “When every soldier feels so strongly about each other, they will do anything to care of those soldiers. That’s what it’s all about. That’s what makes us the greatest Army in the world.”