The Army has announced yet another investigation into Fort Hood leadership

When it comes to Fort Hood, the investigations start coming and they don't stop coming 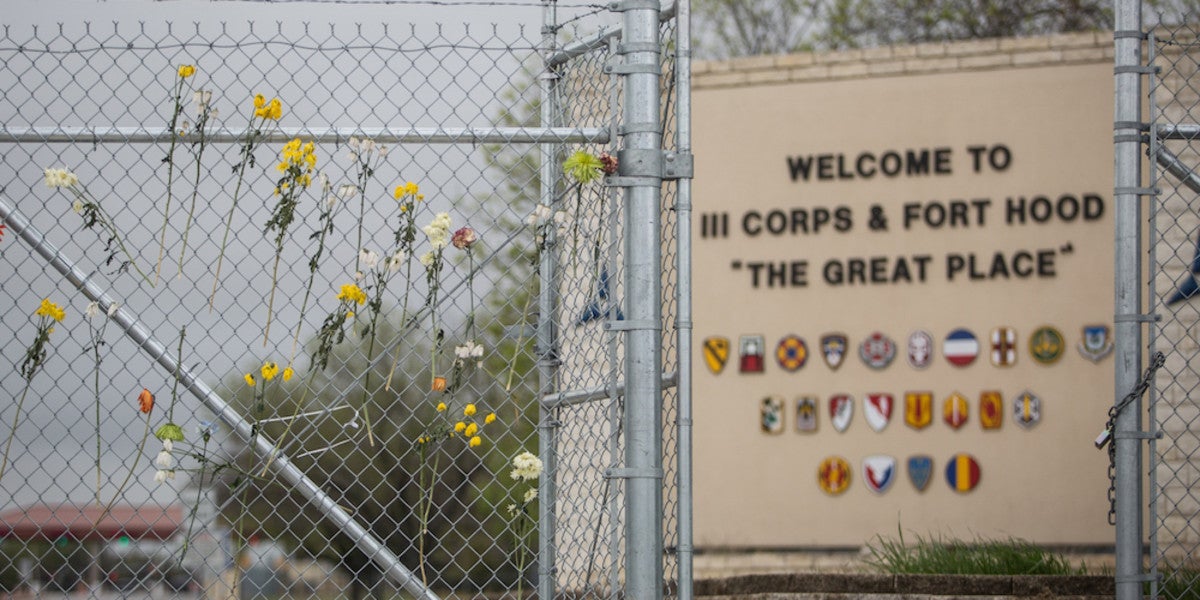 The Army announced on Tuesday that it was launching an internal investigation of Fort Hood's leadership, adding to the growing list of other reviews and inspections stemming from the death of Spc. Vanessa Guillén.

Army Secretary Ryan McCarthy told reporters that the investigation – which will be led by Gen. John “Mike” Murray, the current head of Army Futures Command — would be a “comprehensive look” at the actions taken “at every echelon of the command,” from the lowest level to the most senior ranks at the installation.

The investigation will also look into allegations from Guillén's family that the soldier was sexually harassed and see what steps Army officials took from April 22, when Guillén disappeared, to July 1, when her remains were found.

“We needed to get a much more comprehensive look about the challenges that Fort Hood is experiencing,” McCarthy said on Tuesday. “We need to understand the root causes so we can make the appropriate changes, whether that’s a leadership issue, resources, conditions on the ground, our systems … we need to make some adjustments because we’re very concerned.”

The new investigation follows a review of Fort Hood's sexual assault and harassment prevention program, an investigation within the 3rd Cavalry Regiment at Fort Hood into Guillén's harassment claims, and the start of a sweeping assessment from a team of civilian experts who arrived in Fort Hood on Monday.

Army Undersecretary James McPherson said Tuesday the Murray-led investigation will begin at the conclusion of the civilian panel's independent review, which is looking at the command climate and culture at Fort Hood. That review should last until September, Army officials said.

The Army also announced on Tuesday that Maj. Gen. Scott Efflandt, the deputy commander of III Corps and has acting senior leader at Fort Hood, was being replaced by Maj. Gen. John Richardson IV.

The Army's announcement said Richardson's move was a “previously-scheduled change in leadership” decided upon in March.

Efflandt will also not take over command of the 1st Armored Division at Fort Bliss, Texas, nearly a month after Army officials delayed his move to Fort Bliss amid the independent review of Fort Hood's command climate.

While Army leaders were asked on Tuesday if the change in Efflandt's assignment was looked at as a career-ending move, McConville said it was not.

“The way we're looking at this is, we have an investigation ongoing at Fort Hood and we want to make sure the investigation is complete before we move the officer,” McConville said. “This is something we do all the time.”

But an Army official who previously spoke to Task & Purpose said that any time an officer is delayed from taking over as division commander, “it's not a good sign.”

Efflandt will remain at Fort Hood and “continue to serve as the deputy commanding general for support,” the Army announcement said. The new commander of the 1st Armored Division will be announced in the “coming days.”

During an August visit to Fort Hood, Army Secretary McCarthy confirmed that the numbers of sexual assaults, sexual harassment, and murders are “highest in most cases” at Fort Hood than anywhere else in the Army. He added on Tuesday that during his visit with about 140 soldiers, it became clear that actions taken by the command in Guillén's case needed to be looked at “from top to bottom.”

“We need to get this thing right,” McConville said on Tuesday. “And make sure we do a thorough investigation of all the activities of the chain of command — from the top all the way down to the bottom — and we think this is the best way to do it.”