Another soldier has gone missing at Fort Hood

May he be found. 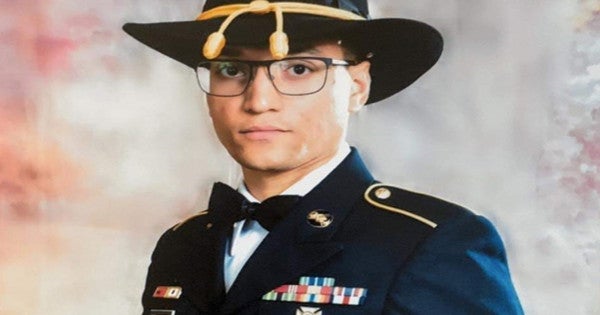 Officials at the Fort Hood Army base in Texas are asking for the public's help in finding a soldier that has not been heard from since Monday.

Sgt. Elder Fernandes, 23, a chemical, biological, radiological, and nuclear specialist assigned to the 1st Cavalry Division's Sustainment Brigade, was last seen in Killeen by his staff sergeant and was reported missing on Wednesday, according to the local ABC news affiliate.

“We are seeking your help in locating Sgt. Elder Fernandes,” read a missing soldier alert from the base shared on Twitter. “We are actively searching to locate him and continue to stay in contact with his family, friends, and law enforcement. Our primary concern is to ensure his safety and wellbeing.”

A thorough search has been conducted of the entire division area, and unit leaders are in contact with Fernandes' family, according to a base press release.

“His car was found with all his belongings,” Mass. State Rep. Liz Miranda (D-Suffolk) wrote on Twitter, mentioning the soldier is from Brockton, Mass. “His mother just flew to Texas to try to find her son. He recently signed a new lease and never picked up the keys to his apartment. We are very concerned about his well being.”

The disappearance of Fernandes comes a month after the Army positively identified the remains of Spc. Vanessa Guillén, 20, whose disappearance in April led to intense scrutiny of the base.

In June, Army investigators searching for Guillén uncovered the remains of 24-year-old Pvt. Gregory Morales, who went missing just days before his discharge in Aug. 2019.

More than 90 lawmakers in July called for an independent review of how the Army handled the disappearance of Spc. Vanessa Guillén from the base. Meanwhile, Army Secretary Ryan McCarthy has ordered an “independent and comprehensive” review of the Fort Hood command climate.