7 soldiers have died in the Fort Hood area this year

What is happening at Fort Hood? 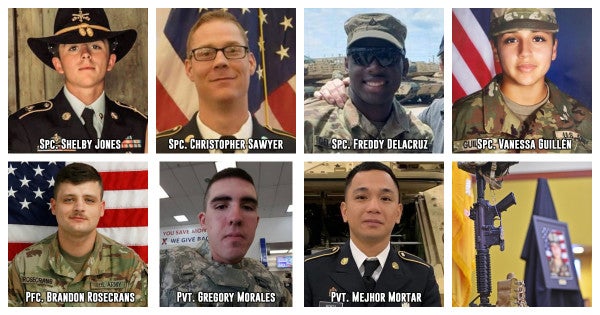 An Army private was found dead last week at a lake near Fort Hood, according to a Tuesday press release, marking the seventh non-combat related death of a soldier on or around the Texas Army base in the past year.

Pvt. Mejhor Mortar, 26, of Pensacola, Florida, was “found unresponsive” in the vicinity of Stillhouse Lake on July 17, according to the release. The incident is currently under investigation by Bell County Sheriff's Department.

A Sheriff's Department spokesman did not respond to requests for comment.

“The Black Knight family is truly heartbroken by the tragic loss of Private Mejhor Morta. I would like to send my heartfelt condolences to his family, friends, and loved ones,” Lt. Col. Neil Armstrong, 1-5 commander, said in the release.

“My thoughts and prayers are with them during this difficult time. Private Morta was a great Trooper and this loss is felt by every member within our formation.”

Morta's death comes amid intense scrutiny of Fort Hood in recent weeks. More than 90 lawmakers earlier this month called for an independent review of how the Army handled the disappearance of Spc. Vanessa Guillén from the base. Meanwhile, Army Secretary Ryan McCarthy has ordered an “independent and comprehensive” review of the Fort Hood command climate.

Meanwhile, six other Fort Hood soldiers have died stateside, either on or near the base, in addition to Pvt. Morta.

*It's not yet clear when Morales died. He was last heard from on Aug. 20, 2019 just days before he was to be discharged from the Army. His remains were found and positively identified in June 2020.