What the actual fuck. 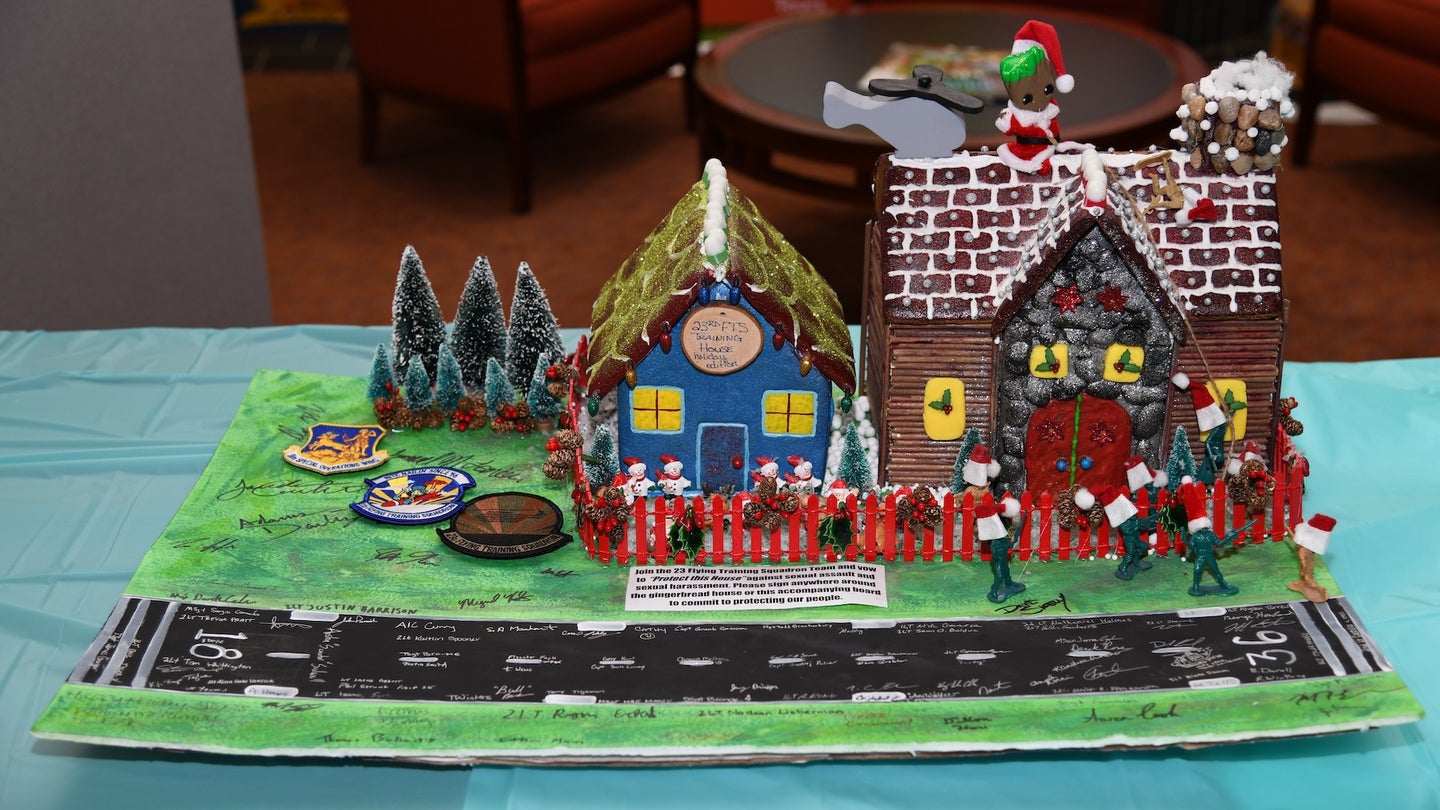 For the last time: No, this isn’t Duffel Blog. This is a very real Army press release published on Wednesday:

The U.S. Army Aviation Center of Excellence senior leaders had their work cut out for them as judges for the “Protect This House” command gingerbread house contest.

The holiday contest is part of the Sexual Harassment and Assault Response and Prevention program’s initiative that intends to show leadership commitment to eradicating incidents of sexual harassment and assault by creating a climate where every person is treated with dignity and respect.

Can somebody explain to me the relationship between building gingerbread houses and preventing sexual abuse and assault in the ranks? Because this is a bit lost on me. Oh, wait, there’s an explanation in the press release:

“This is a wonderful visual representation to show that as a team we are committed to protecting each and every Soldier from any behavior, verbal and/or physical, that would erode our Army values that would lead to sexual harassment and sexual assault,” Morris said.

“Everyone did an excellent job showing off their artistic creativity,” Morris said. “I am incredibly proud to be a part of this team which has demonstrated at all levels the awareness of prevention and intervention to protect one another when it comes to behaviors of sexual harassment and sexual assault.”

“The emphasis went beyond the décor, with a special focus on the signatures on the display boards, showing the support throughout the commands for what the house represent: teammates committed to protecting their Army “house” against incidents of sexual harassment and assault,” the press release continues.

Come the fuck on: I love a good gingerbread house, but I fail to see how sitting around and building delicious confectionary homes actually does anything to change the fundamental issues that allow sexual assault to permeate the U.S. armed forces.

Indeed, as my colleague Haley Britzky previously reported, an October report into the U.S. military’s handling of sexual assualt in the ranks is straight up abysmal:

The report from the Defense Advisory Committee on Investigation, Prosecution, and Defense of Sexual Assault in the Armed Forces, which advises the Secretary of Defense, says there is a “systemic” problem in the military of referring sexual assault cases to trial when there isn’t enough evidence available to get a conviction.

There’s plenty of work to be done to address military sexual assault in the ranks, from reforming the military justice system to addressing the culture of the armed forces that allows such heinous crimes to happen in the first place.

But gingerbread houses? This ain’t it, kid.