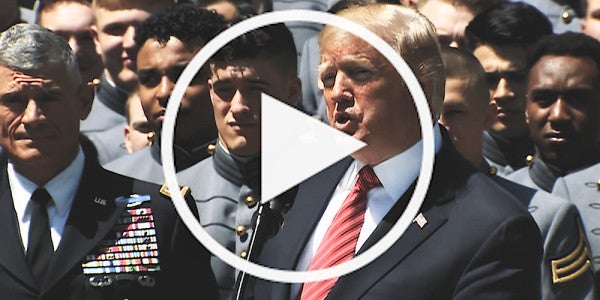 … News broke that author Bob Woodward’s upcoming book portrays Mattis as frustrated with President Trump, especially after a meeting about North Korea, when the defense secretary allegedly vented to colleagues that Trump has the understanding of a “fifth- or sixth-grader.” (Mattis has called Woodward’s account “fiction.”)

“I asked him whether or not this was true,” Trump said as he met with Republican lawmakers. “He said: ‘Not only is it not true; I’d like to write a statement.’ I said: ‘Thank you very much. That’s very nice.’ He wrote the most beautiful statement. I think he’s a terrific person. He’s doing a fantastic job as secretary of defense.”

Despite Trump's tweets in support of Mattis, the Washington Post reports that the White House is considering potential replacements.

Should Trump ditch Mattis or hold on to the beloved defense secretary? Let us know in the comments.