"[Mattis] was like: 'Oh my God, that moron is going to get us all killed. He is an unstable asshole.' McMaster was standing there over his desk. ... He was turning bright red." 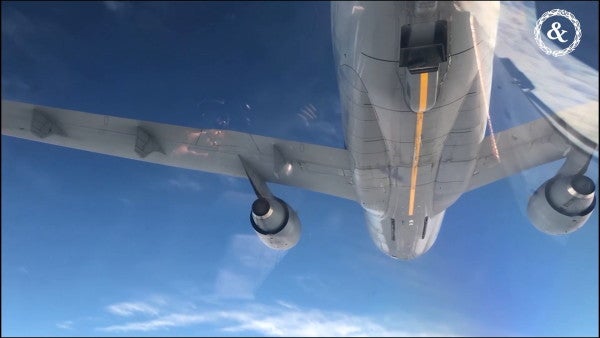 President Donald Trump named then-Army Lt. Gen. H.R. McMaster as his national security advisor in February 2017. At the time, McMaster was viewed as a possible stabilizing force in the White House, coming after his predecessor retired Army Lt. Gen. Mike Flynn imploded after only 24 days on the job.

But an unnamed former White House official told the Examiner that McMaster favored attacking Iran and intervening in Syria, putting him at odds with Mattis.

Mattis inadvertently made his thoughts known about McMaster during the 2017 conference call, when the cabinet secretaries mistakenly thought that McMaster was no longer on the line, according to the Examiner.

“They thought the White House hung up our side of the phone call,” the former official told the Examiner. “Mattis was like: 'Rex, are you still here?' [Mattis] was like: 'Oh my God, that moron is going to get us all killed. He is an unstable asshole.' McMaster was standing there over his desk. … He was turning bright red.”

Attempts to reach McMaster on Friday were unsuccessful. Mattis declined to comment when contacted by Task & Purpose.

In the past, Mattis has taken issue with news stories that allege he has made disparaging remarks about public officials. Last September, he angrily denied a passage in Bob Woodward's book “Fear,” in which Mattis allegedly told associates that Trump has the understanding of “''a fifth- or sixth-grader.'”

“The contemptuous words about the President attributed to me in Woodward's book were never uttered by me or in my presence,” Mattis said in a Sept. 4 statement. “While I generally enjoy reading fiction, this is a uniquely Washington brand of literature, and his anonymous sources do not lend credibility.”

“Sean, I've killed people for a living,” Mattis allegedly told Spicer. “If you call me again, I'm going to fucking send you to Afghanistan. Are we clear?”