Mattis And McMaster Denounce Iranian Meddling In Middle East, But Iran May Have Already Won The Regional War

Speaking in Brussels the other day, Defense Secretary James Mattis sounded either determined or frustrated when he commented on Iranian... 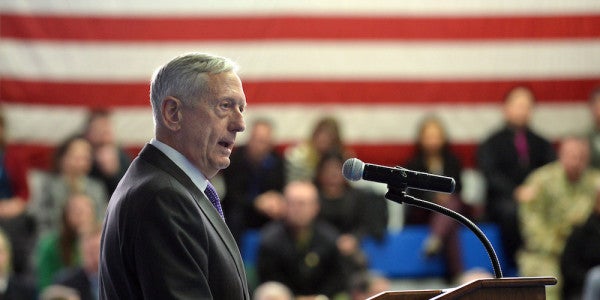 Speaking in Brussels the other day, Defense Secretary James Mattis sounded either determined or frustrated when he commented on Iranian activities in the Middle East: “[E]very time there's a problem in the Middle East, whether it be in Lebanon, South Lebanon, and Lebanese Hezbollah, it's in Syria, where Iran has propped up Assad; it's in Yemen where they're using it for a launching platform, the civil war, for missiles into Saudi Arabia; whether it's in Bahrain, where the Bahrain police have captured explosive material provided, I cannot explain why Iran insists on many of the things it does.”

Meantime, at the Munich Security Conference, Army Lt. Gen. Herbert McMaster, the national security advisor, also said hard things about Iran, such as, “So the time is now, we think, to act against Iran.”

But are they closing the barn door?

I think so. On the subject of Iranian moves in the region: I was having lunch on Friday with some friends on Friday, most of them national security professionals, and we discussed whether Iran already has won the regional war in the Middle East, with effective control stretching from Beirut to Herat—that is, from the Mediterranean to the western edge of the Hindu Kush. That would be a formidable achievement, coming in the two decades after the United States chose to intervene on the ground in the Middle East.

The consensus was that yes, Iran indeed holds the upper hand in the region — but that it has not yet nailed down its victory to become the neighborhood hegemon.

The discussion then turned to whether it will be able to secure those gains. Some at the table thought it would, while others argued that Iran’s very victories are stimulating a strong new anti-Iran response from Saudi Arabia, Jordan, Israel, and Egypt. Even in Iraq, there are signs that Iran has overplayed its hand and brought about anti-Tehran feelings among some Shias.

An interesting question in all this is Turkey. It is still a member of NATO but has been holding hands under the table with Russia and Iran. So where will it land? (My own guess is that it will come to its senses—Russia is not a natural ally of Turkey unless Turkey is subjugated to client state status.)