Will future historians speculate that President George W. Bush was Machiavellian in his foreign policy moves? I ask because when... 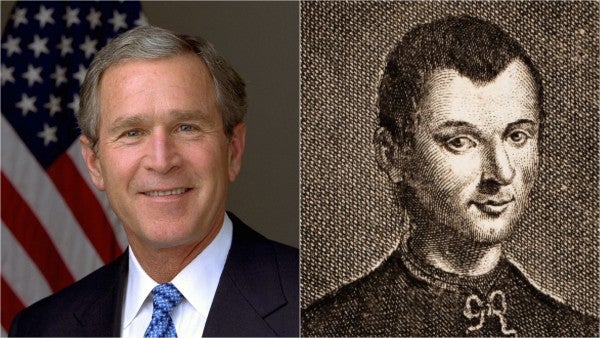 Will future historians speculate that President George W. Bush was Machiavellian in his foreign policy moves? I ask because when you look at the Middle East today, we see a new alliance between Arabs and Israel against Iran and its allies in the region. I don’t think that new alignment has been discussed enough in this country. I welcome your thoughts on it.

The proximate cause of the shift, it seems to me, was the U.S. invasion of Iraq 14 years ago, which turned over that country to its Shiite majority, who are natural allies of Iran.

The result seems to be that in recent years, Arab states have become less interested in confronting Israel and more in countering Iranian moves around them.

Or did Bush just revive Henry Kissinger’s plan from the pro-Iran title in the 1970s? I get confused.