"Accountability is illusionary right now in the military." 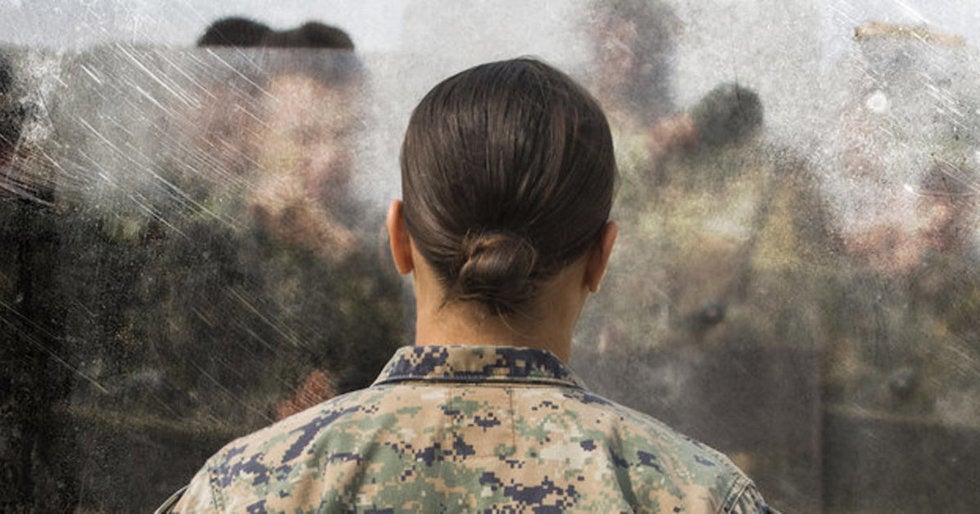 A new report released this month reaffirms a depressing truth: the U.S. military’s handling of sexual assault is abysmal.

The report from the Defense Advisory Committee on Investigation, Prosecution, and Defense of Sexual Assault in the Armed Forces, which advises the Secretary of Defense, says there is a “systemic” problem in the military of referring sexual assault cases to trial when there isn’t enough evidence available to get a conviction.

Don Christensen, president of the advocacy group Protect Our Defenders, explained that when people see a case with insufficient evidence go to trial, “it sends a message that these are political prosecutions versus prosecutions based on the evidence,” which “degrades confidence in the process.”

“I think it spills over into other cases where the evidence is sufficient,” Christensen said. “People are like ‘Oh yeah, we know they’ll just take any case to trial.'”

The committee’s findings are the result of an exhaustive three-year review of 1,904 investigations from each military branch of penetrative sexual assault that were closed between Oct. 1, 2016, and Sept. 30, 2017.

Of the 1,904 cases the committee reviewed:

And while the report doesn’t identify this as a primary takeaway, Christensen said he thinks they “buried the lede” — that of the 1,904 cases the committee reviewed, only 4.8% of them resulted in a conviction.

“When I’m looking at this, what it tells me is the military does a really bad job at investigating and prosecuting cases,” Christensen explained. “You have 1,900 allegations resulting in 91 convictions. That’s not what I’d consider success.”

That conviction rate of 4.8 percent closely mirrors the rate from the Pentagon’s 2015 annual report on sexual assault in the military, which the director of the Department’s Sexual Assault Prevention and Response Office at the time attributed to the services not having enough resources to investigate.

The second point that the committee honed in on in its report was that commanders’ made “reasonable” decisions in the vast majority of cases — whether that was to “prefer a penetrative sexual assault charge,” or to take no action against the accused.

“The DoD leadership will look at one thing and one thing only: ‘Oh well our commanders make decisions that are reasonable,” Christensen said. “Okay, well you fail about 94% of the time. Now you shouldn’t have a 100% conviction rate by any stretch, but this success rate is pretty abysmal.”

Sexual assault is not a new problem for the military, but it’s certainly one of the most persistent. In April, the Pentagon announced there was a three percent increase in reports of sexual assault last year, continuing an upward trend in reports of assault since 2012. There were 6,236 reports from service members in 2019, up from 6,053 in 2018, and 5,277 in 2017.

The issue has continued to plague the Pentagon as something leaders can’t quite get their arms around, despite it posing one of the biggest threats to service members. The Pentagon Inspector General said in a report last year that sexual assault is more likely to result in post-traumatic stress disorder than being in combat.

Sen. Kirsten Gillibrand (D-N.Y.) called out military leadership over their failure to improve during a senate hearing for then-nominee for the Army Chief of Staff, Gen. James McConville’s confirmation hearing.

“Accountability is illusionary right now in the military … If there was anything else that the military was doing that they failed at with the rate they failed at sex assault, people would be fired,” he said. “And yet, in this case, no one will be held accountable.”