“The very persons they trusted the most betrayed that trust.” 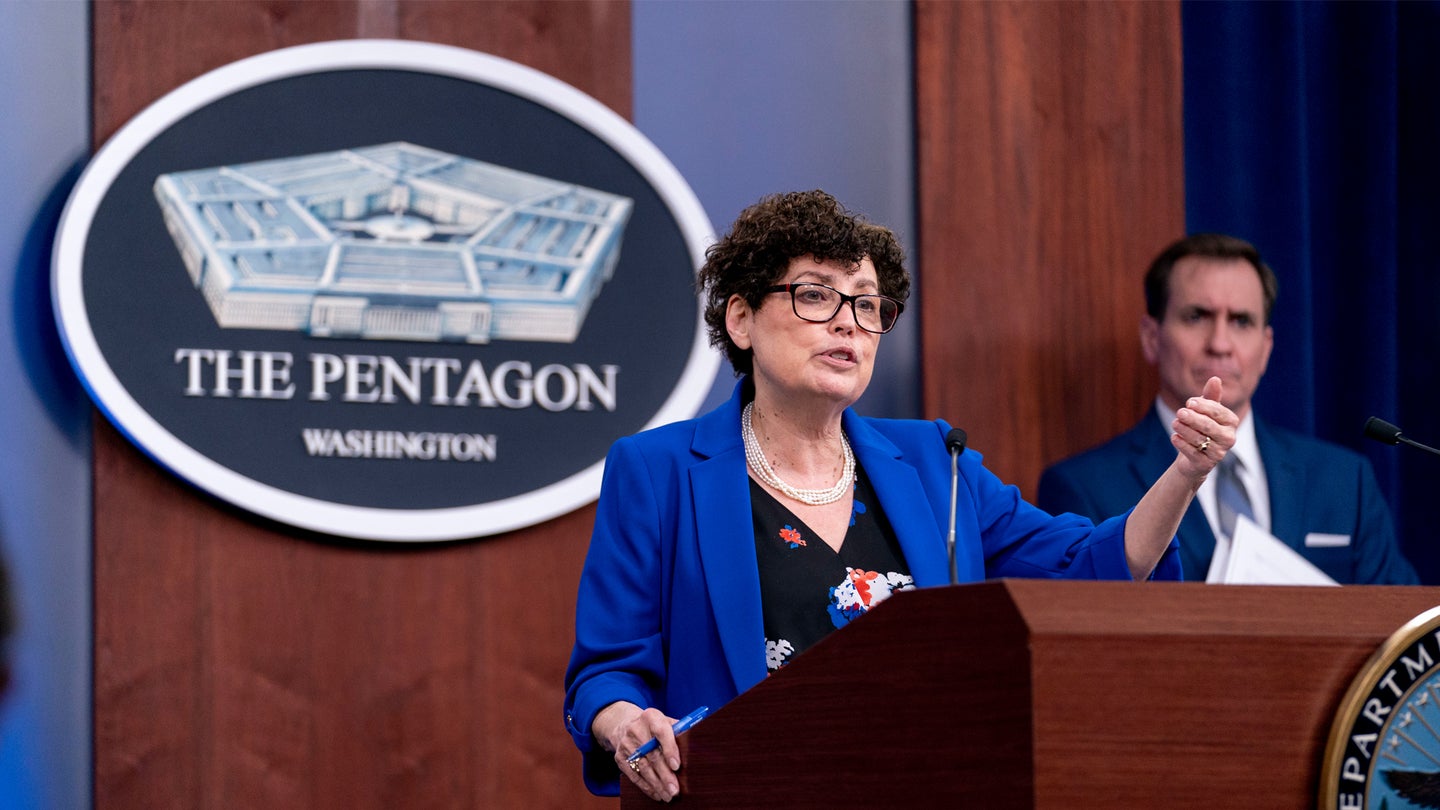 However, despite those persistent claims, an independent commission looking into military sexual assault found quite the opposite.

“We have heard for many years that there is no tolerance for sexual harassment and sexual assault,” a senior administration official discussing the commission’s findings said on Thursday. “But we learned that in practice, there is quite a lot of tolerance … The key finding from junior enlisted members is that they experience daily acts of demeaning language and sexual harassment, that it’s ubiquitous in many units, that it’s a part of the climate and that women in particular are told this is just what they should expect.”

That was just one of several things the Independent Review Commission on Sexual Assault in the Military heard during their 90-day review of Defense Department efforts to address assault and harassment.

Two senior administration officials, who briefed reporters on the condition of anonymity, said the commission presented 28 total recommendations, and 54 “sub-recommendations,” to Defense Secretary Lloyd Austin. In guidance released on Friday, Austin said that he supports “accepting the recommendations wherever possible with adjustments made to ensure effective implementation.” He said he is giving Deputy Secretary of Defense Kathleen Hicks 60 days to organize a way forward with the recommendations.

Among these recommendations is a proposal to move prosecution authority for sexual assault, harassment, and domestic violence cases away from commanders. Instead, “special victim prosecutors” will handle those cases.

The commission’s report, released on Friday, says service members reported a lack of trust in their commanders to handle their cases fairly and with compassion. The service members said they see commanders as “complicit” or “more focused on combat readiness, logistics, and other higher priority matters than on caring for their troops.” The report says troops also reported that they did not understand how a commander “with limited legal training” can make those prosecution decisions.

Military leaders have resisted removing that authority for years, while those in favor of the change have argued that it’s necessary to ensure service members’ trust that their cases will be handled fairly. That argument reached a boiling point last year in the wake of the murder of Army Spc. Vanessa Guillén at Fort Hood, Texas. Her disappearance in April, and her family’s report that she had been sexually harassed by another soldier, led to an outpouring of stories from service members about their own assault and harassment.

Guillén’s disappearance kicked off a series of investigations and reviews by the Army, which confirmed that Guillén had indeed been harassed by another soldier in her unit. The momentum built and made its way to Congress and resulted in an independent panel of civilians reviewing the climate at Fort Hood. Their review exposed a dangerous environment for women in which commanders turned a blind eye to harassment and assault. One of the officials said on Thursday that many of the Pentagon commission’s recommendations “parallel” those made in the civilian panel’s report, commonly referred to as the Fort Hood report.

Friday’s report outlines the years-long effort from the Defense Department to get a handle on the sexual assault and harassment problems plaguing the military. Since 2012, the report says, there have been hundreds of Congressional provisions, recommendations from task forces, government panels, and the Government Accountability Office. While officials worked to make recommendations and changes, however, the commission’s report points out that hundreds of thousands of service members reported being assaulted or harassed during that same time frame.

Ultimately, the commission’s dozens of recommendations all stem from four main topic areas: accountability, prevention, climate and culture, and survivor care and support. Among the suggestions is the development of a “prevention workforce” to carry out prevention efforts, something the Defense Department has not prioritized, the administration officials said on Thursday.

“We often hear that prevention is the key to solving this problem,” one official said of sexual assault and harassment. “But we learned that there aren’t actually prevention specialists working across the services to make that happen. There is a lack of an evidence-informed, public health approach to prevention.”

The report says the military continues to “confuse sexual assault response and awareness … with prevention.” It specifically points out efforts that, while well meaning, “trivialize the seriousness of the issue,” such as pancake breakfasts and dance contests.

“Across the services, these events are evidence that prevention and awareness are regularly conflated,” the report says.

As for an expected timeline to see the dozens of recommendations enacted, the officials said on Thursday that some of the proposed changes would begin in earnest while others may not be fully enacted for another two years. The report says legislative changes to the Uniform Code of Military Justice should be included in this year’s National Defense Authorization Act (NDAA) from Congress, with an implementation date of 2023. On the other hand, the officials who spoke on Thursday said a “manpower study” on the victim advocacy workforce in the military will be conducted within three months.

They recommend conducting more studies as well to address areas of concern that the commission wasn’t able to explore in their 90-day timeframe, including the military service academies, the stigma around troops seeking behavioral health services, and how the services carry out administrative separation boards.

But what it all really comes down to is that commanders need to actually enforce their “zero tolerance” policy, lest it remain empty rhetoric. The officials who spoke on the matter said the commission found “a troubling gap between what senior leaders say about this problem, and how junior enlisted members experience the problem.”

The commission made clear in their report that commanders are responsible for preventing, responding to, and supporting victims of assault and harassment, and that failure “to do so, whether intentional or not, is a command failure.” By improving the way leaders are evaluated and chosen, the military would ideally see commanders across the force who “actually practice ‘no tolerance’” and create a positive climate for their service members.

“When you take as good care of people as you do your vehicles,” the official said. “That’s when we’ll start to see real change.”