Sexual Assault At Military Academies Is Only Getting Worse

The U.S. Naval Academy in Annapolis and the U.S. Military Academy at West Point saw a rise in reports of... 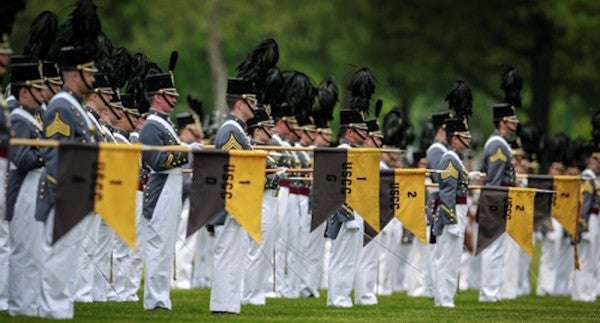 The U.S. Naval Academy in Annapolis and the U.S. Military Academy at West Point saw a rise in reports of sexual assault during the 2015–2016 school year, according to a new Department of Defense report.

Overall, sexual assault reports across the Air Force Academy, West Point, and the Naval Academy military academies decreased by five cases, from 91 in 2014–2015 to 86 last year. But much of that decrease came from the Air Force Academy, which previously had the highest rate of sexual assault at 49 cases in 2015, but cut it down to 32 cases in 2016.

West Point received 26 reports of assault in 2015 up from 17 reports the previous year, and the Naval Academy received 28 reports up from 25 reports.

“We must foster an environment that rejects sexual assault and sexual harassment, notably during these formative years at our service academies,” defense Secretary Jim Mattis said in a press release.

The report’s release could not have come at a worse time for the military, as three service branches — the Army, the Navy, and the Marine Corps — are embroiled in various sex scandals involving the exchange of explicit photos in private Facebook groups of servicewomen.