This could be huge. 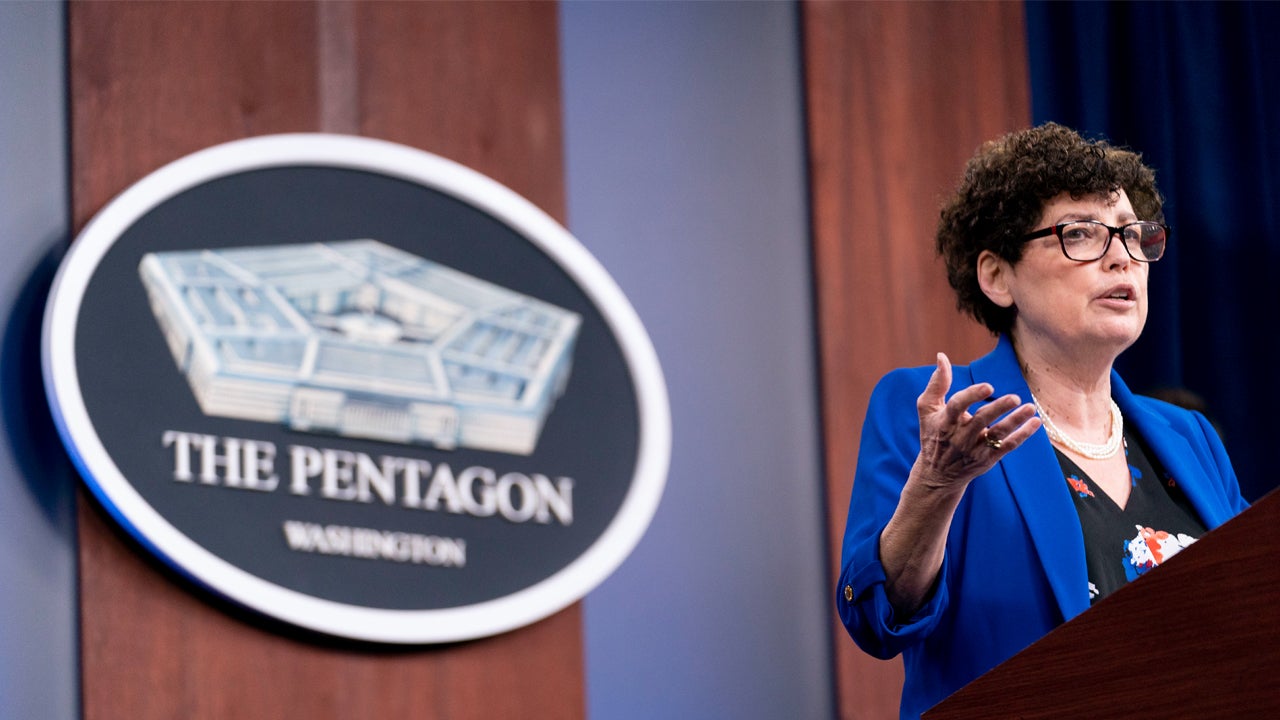 Lynn Rosenthal, chair of the Department of Defense 90 Day Independent Review Commission on Sexual Assault in the Military speaks during a media briefing at the Pentagon, Wednesday, March 24, 2021. (AP Photo/Andrew Harnik).
SHARE

An independent commission could deliver major change to the military’s justice system by removing prosecution authority for sexual assault and harassment cases from the chain of command.

A panel set up by Secretary of Defense Lloyd Austin, called the Independent Review Commission on Sexual Assault in the Military, has recommended that sexual assault and harassment cases be taken out of the chain of command and given instead to “a civilian-led office of the Chief Special Victim Prosecutor,” the Associated Press reported on Thursday.

The Chief Special Victim Prosecutor would be the one to decide whether or not to charge someone, and whether or not the case should go to court martial. Along with sexual assault and harassment, the independent office could also handle cases of hate crimes, the AP reports. Pentagon spokesman John Kirby confirmed on Friday that Lyn Rosenthal, the director of the commission, delivered an “initial set of recommendations” that “referred to the accountability line of effort.”

The move would be a historic victory for lawmakers and advocacy groups who have long held the belief that commanders should not be the ones deciding to pursue action against a service member for assault or harassment. Military leaders have long advocated against the change, arguing it would undercut commanders’ authority and hurt military order and discipline.

Austin plans to seek input from service leaders before making a final decision on the commission’s recommendation, but the AP reports that “the fact that this recommendation was made so directly and quickly suggests it will carry a lot of weight.”

Sen. Jack Reed (D-R.I.), the chairman of the Senate Armed Services Committee, said in February that the “idea of separation is once again on the table.”

“Over a decade or more we have tried different approaches to limited sexual assault, sexual harassment and also retaliation,” Reed said. “And we haven’t seen the progress that we hoped.”

The idea gained more traction in the Army specifically after an independent committee who reviewed climate and culture at Fort Hood made similar recommendations in December, telling Fort Hood it should move oversight of a unit’s Sexual Harassment/Assault Response and Prevention (SHARP) program out of the chain of command’s authority.

“To ensure objectivity and fairness, the SHARP program should operate independent from local commands and their legal advisors,” the committee’s report said.

According to the AP, the commission is recommending that if a charge of sexual harassment is substantiated, the alleged offender should immediately start being discharged while “other legal proceedings continue.”

Retired Army Col. Lawrence Morris, the former chief of the Army’s defense lawyers, argued during a Senate hearing in March that removing prosecution authority from the chain of command would leave commanders with “an emptier toolbox.”

“It’s paradoxical to leave this responsibility to commanders, but take away a key element of authority and undermine good order and discipline in military readiness,” he said.

Sen. Kirsten Gillibrand (D-N.Y.), the chairwoman of the Senate Armed Services Subcommittee on Personnel who has regularly spoken out in favor of separating prosecution authority from commanders, pushed back on Morris’ assertion and said commanders are “not doing enough to help survivors.”

“Every general or commander that has come in front of this body for the past 10 years has told us ‘We’ve got this ma’am. We’ve got this,’” Gillibrand said. “Well, the truth is, they don’t have it. The military justice system simply is in the wrong hands.”

Related: Army to review 2017 decision not to prosecute soldier for rape

Featured photo: Lynn Rosenthal, chair of the Department of Defense 90 Day Independent Review Commission on Sexual Assault in the Military speaks during a media briefing at the Pentagon, Wednesday, March 24, 2021. (AP Photo/Andrew Harnik)