Senior Airman Brandon T. Wright wasfound not guilty of sexual assault in October. That brought to an end a case … Continued 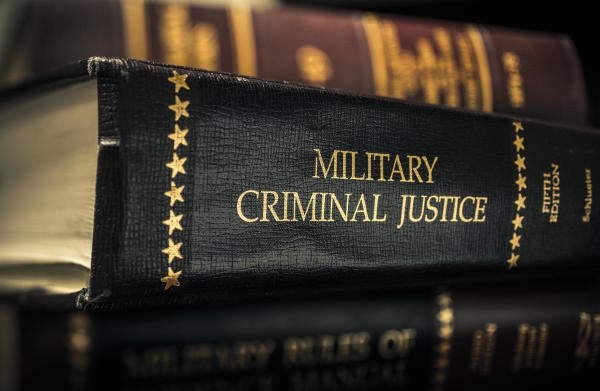 Senior Airman Brandon T. Wright wasfound not guilty of sexual assault in October. That brought to an end a case that has been languishing in the military justice system for over three years. About the only positive thing that can be said about this case is that it is over.

Theallegations in the Wright case stem from a night of drinking in 2012. The case was investigated, and the commanding officer, Air Force Lt. Gen. Craig Franklin, determined the case should not go to trial because of a lack of evidence. By the time Franklin dismissed the charges,his credibility on military-justice matters was gone, followed byone of his stars.

Previously, Franklin had overturned the sexual-assault conviction of Lt. Col. James Wilkerson. Wilkerson was convicted in November 2012 of sexual assault of a female guest staying at his residence. In February 2013, Franklin overturned the conviction citing evidence that Wilkerson was a doting father and loyal husband. The Air Force later confirmed that Wilkerson previously had anextramarital relationship, resulting in a child.

Overturning Wilkerson’s conviction drew the ire of Senator Kirsten Gillibrand, whoquestioned the Air Force judge advocate general, Lt. Gen. Richard Harding, about the Wilkerson case. In response to her questions Harding said, “All parties did what they were asked to do by the law.” “Well, one of the parties was wrong,” Gillibrand fired back.

Gillibrandcontinues to push for changes to the military justice system.

After Franklin decided not to send the Wright case to trial, the Pentagon stepped in. Harding recommended the Wright case be transferred to another court-martial convening authority for a “do-over.” By doing so, the military judge, Lt. Col. Joshua Kastenberg found Harding had committed unlawful command influence.

Kastenberg, in his ruling, found that Harding transferred the case because “the failure to have charges preferred against SrA Wright would enable Senator Kirsten Gillibrand to gain needed votes on a pending bill to remove commanders from the court-martial process,” according to Stars and Stripes. Thus, the senior lawyer in the Air Force transferred the Wright case in order to influence pending legislation.

Consider the optics of transferring the case to a new commanding officer and harm it caused to the fairness of this case and the public perception of military justice. In defense of his actions, Harding suggested Kastenberg’s ruling was influenced by lingering ill will toward him. That type of criticism would be unthinkable if the judge was an Article III federal judge with lifetime tenure. Moreover, Harding defended Franklin’s actions during his testimony before Gillibrand in the Wilkerson case, but in the Wright case, was quick to second guess the actions of the same commander.

Either commanders are equipped to make decisions on military-justice issues, or they are not. This authority cannot turn on the propriety of the decision as viewed by Pentagon. As Kastenberg ruled, “Harding committed actual unlawful command influence.” Statements by Harding to the press attempting to undermine the legitimacy of a judge’s ruling only underscore the improper influence that senior officials attempt to exert on what should be an independent judiciary.

This is not the first time Harding engaged in questionable conduct in an attempt to thwart the changes to the military justice system proposed by Gillibrand.

Harding previouslydistributed a memorandum to all Air Force lawyers encouraging them to engage members of the media in support of keeping “commanders’ authority and the current set-up of the military justice system.” In the Wright case, Harding took his advocacy a step further by violating the law and influencing a court-martial.

Consider the havoc the delay in this case caused. The Air Force staff sergeant had to wait years to have her complaint heard in court. Similarly, Wright had to spend almost an entire enlistment with sexual assault charges hanging over his head. This delay also has an impact on units of both of these service members. It’s inexcusable for this case to have languished for over three years. The lockstep defenders of the current military-justice system, often point to the allegedefficiency of the UCMJ. Clearly this case was not efficiently brought to trial.

In comparison to the lengthy and tainted prosecution of Wright, acivilian jury convicted an Air Force cadet of sexual assault last week. The Air Force could have prosecuted this case, as cadets are subject to the UCMJ, but that prosecution was left to civilian authorities. The allegation wasreported on Nov. 2, 2014; less than a year later, civilian authorities secured a conviction. So arguments that the military-justice system is more efficient or effective, as compared to civilian criminal prosecutions, does not withstand scrutiny.

As the military continues to defend the current military-justice system, the facts of this case must be considered. The senior lawyer in the Air Force committed unlawful command influence. If he cannot be trusted to not improperly interfere with a court-martial, what is the likelihood that an untrained military commander wouldn’t do the same?

I take no issue with the outcome of the Wright case. The members of the jury reviewed all of the evidence and rendered their verdict in accord with the law. The issues raised in this article relate solely to the questionable handling of this case by senior military officials.

None of the parties were served well in this case. Wright spent almost an entire enlistment with sexual assaults charges hanging over his head. The woman who reported that she was assaulted also had to wait over three years to have her complaint see the inside of a courtroom. Justice is never served when it takes this long to bring a case to trial.