The engines on three out of four E-2C Hawkeyes had to be replaced before deploying in January with the aircraft... 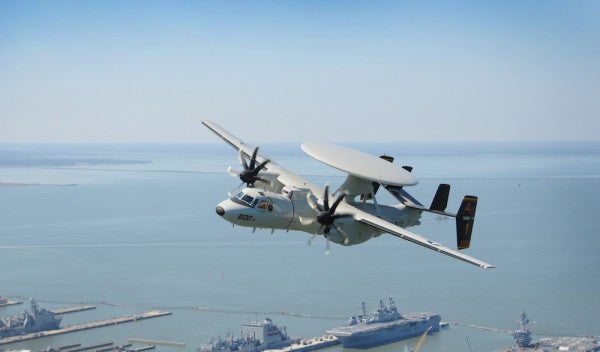 The engines on three out of four E-2C Hawkeyes had to be replaced before deploying in January with the aircraft carrier USS George H.W. Bush, according to the Virginian-Pilot. The reason for their failure? The wrong oil was used in the engines.

An initial estimate by the Naval Safety Center found that the repair would cost at least $2 million.

“The damage occurred over a period of time and it involved the use of a lubricant not approved or specified for these engines,” Naval Air Force Atlantic spokesman Mike Maus told The Virginian-Pilot. “A thorough investigation is being conducted to determine how and why this procedure was allowed.”

The affected Hawkeye squadron is headquartered at Naval Station Norfolk’s Chambers Field. It’s unclear how exactly the oil caused the damage or when it occurred.

The real question I think everyone wants answered though, is where did the Navy get this mystery lube, and what is it actually approved for…?