As almost anyone who has deployed to a disaster as part of an emergency response team can attest, there are... 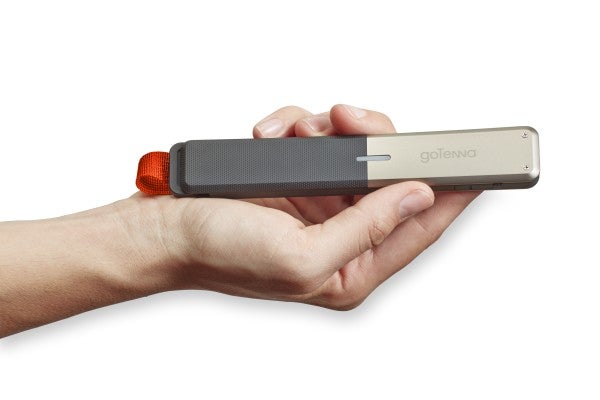 As almost anyone who has deployed to a disaster as part of an emergency response team can attest, there are striking similarities between combat operations and emergency response. There are potentially life and death decisions to be made and often considerable damage that needs immediate attention. There is mass confusion and need for continued presence of mind. There are multiple organizations traversing and working in the same area that need to be deconflicted. There is usually a lack of consolidated command, control and communication.

Increased access to reliable communication technology can greatly increase the capabilities of organizations operating in these environments and decrease risks to those organizations. However, most natural disaster events bring along with them extensive infrastructure damage. Practically every type of natural disaster event has a negative effect on communication capabilities, at least in the short term.

The handheld radio, our standard go-to when the cellphones die, has limited capabilities related to situational awareness. Voice communication tools like handhelds, although adequate, leave a lot to be desired.

However, there are hardware products coming on the market that may provide some of these capabilities, increasing effectiveness and decreasing risk to the emergency responder. One product that launched recently is goTenna, a device that pairs with your smartphone to send and receive messages and GPS location with others even when you don’t have any service. Based in Brooklyn, New York, goTenna was founded by siblings Daniela and Jorge Perdomo after Hurricane Sandy when over a quarter of cell towers went down.

The device creates a local area network over radio frequencies (151-154 MHz) that allows individuals with a goTenna to send and receive texts and GPS coordinates to other goTenna-activated devices via an app that connects to Bluetooth-LE. Essentially, it simply keeps you running on a preferred platform with awareness capabilities similar to cell towers. According to goTenna, in ideal terrain, the device can reach as far as 50 miles, however, in urban scenarios, users are more likely to reach a 4-to-6 mile radius. It has a battery life of up to 72 hours and can hold a charge for over a year. Beyond an emergency situation, the technology can be used for hiking, traveling abroad, or attending events in large crowds.

goTenna users can do one-on-one, selected group, and broadcast messages, which comes in handy managing multiple strike teams and a command element in a disaster zone. “Our mission is twofold: to let people communicate whenever and wherever they want, on their own terms, and also to make sure that in times of a true emergency, people are able to reach others around them,” said Daniela Perdomo, CEO of goTenna.

goTenna is sold in pairs, and while still in the pre-order stage, it is available now for pre-order for only $150. Once total sales pass $50,000, the price will increase to $300 a pair. While the product has not been piloted in an emergency situation yet, we encourage disaster response personnel to check out the product as a potential solution to limited communication capabilities and follow up with Task & Purpose with a full review.