What Do The Classics Have To Do With The Modern Warfighter?

I recently received an email from a fellow service member asking for intellectual ammunition to help win an argument. Jeff... 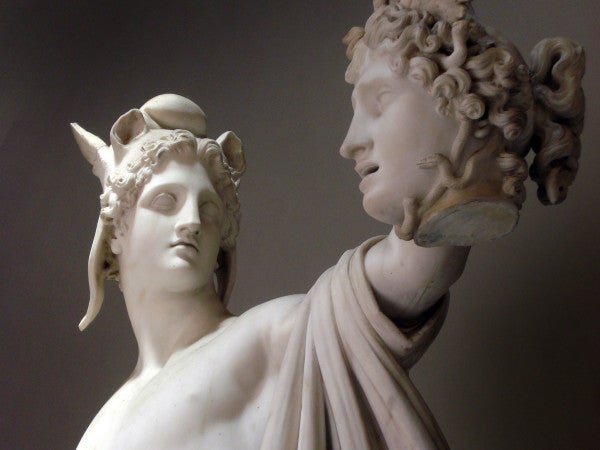 I recently received an email from a fellow service member asking for intellectual ammunition to help win an argument. Jeff was embroiled in heavy debate with fellow soldiers who argued that the Classics — ancient Latin and Greek works of literature — were not worth reading because they had no bearing on the modern world. I have studied Classics since my early teens, and although I shared the frustration, it’s an argument I’ve heard before.

The influence of Classics on the modern world were exactly what drew me to study them in the first place. As a high school student, I wrote a column for a now-defunct online magazine profiling the Greco-Roman pantheon of gods and goddesses, placing them in a modern context. Over a decade later, still in love with Homer and Aeschylus, Catullus and Virgil, I attempt to do the same, but for a different purpose.

As a freshman in college, I sent a copy of Homer’s “Iliad” to the only person I knew in the military at the time, a friend who had just left on his first deployment to Iraq. A decade later, I’m on active duty with three deployments down and another on the horizon. As I emailed Jeff my rebuttal, I thought back on my Classical care package. At the time, I thought I was just putting my favorite war story in the mail without fully appreciating the deeper meaning of my actions.

The story opens in the last year of a war that started for dubious reasons. Men lose sight of what they are fighting for and begin to turn on one another. In protracted conflict, the initial reasons for going to the fight can be obscured, just as a sense of purpose can be lost in the “groundhog day” routine of deployment. Nerves become frayed, and something as simple as noticing that somebody has eaten the peanuts sitting on your desk can lead to internal strife.

The best leaders ensure that their people never feel futility in their operations — indeed, when your mission is presence, it can be difficult to know the effect you are having when confined to your shipboard steel world or FOB. In the “Iliad,” on both sides of the walls of Troy, both Greeks and Trojans find that it's most effective and meaningful to remind each other of the importance of defending the man to their left and their right and hold onto a sense of regional pride, even when the enemy, or even the reason for going to war, becomes obscured. In mythology, just as now, warriors fought for their friends.

So, what does the study of dead languages have to do with the modern world, let alone warfighting? Everything. It tells us that the deepest themes of our experience of service are not ours alone.

In Virgil’s “Aeneid,” Aeneas, the leader of the survivors of Troy and eventual founder of Rome, tells his people at a time of particularly low morale and apparently hopelessness, “Forsan et haec olim menimisse juvabit” [Someday it will be pleasing to remember even these things].

How many of us frequently long for the profound friendship forged in the loneliest hours of deployment, on that endless watch at 3:00 am, hungry and exhausted, when the place you once called home has become difficult to imagine?

Homer, Virgil, Euripides and others immortalized the trials, triumphs, and tragedies of wars that occurred even earlier than their own time. They gave a voice to the tales of war and its aftermath.

It’s time for this generation of warfighters to give a voice to our own triumphs and tragedies.