In the opening weeks of his presidency, President Donald Trump has set an intense pace in his use of unmanned... 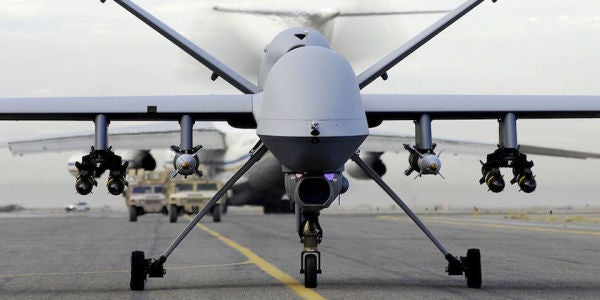 In the opening weeks of his presidency, President Donald Trump has set an intense pace in his use of unmanned aerial vehicles to wield deadly force, according to a new article from Micah Zenko, a senior fellow at the Council on Foreign Relations.

Trump has launched 30 drone strikes over the first 41 days in his administration, including a reported 25 strikes in Yemen on March 2, which the Washington Post called“far more attacks in a single night than the United States has conducted in recent history.”

Obama vastly expanded the use of drone strikes during his presidency, something Zenko called “an enduring foreign policy legacy” for the former president in a New York Times op-ed last year.

“More consequential than the growth in drone strikes, is the Obama administration’s efforts to institutionalize and normalize the practice,” Zenko wrote.

It remains to be seen if Trump will keep up his pace, or where drone strikes will fit as the new president tries to carve out a foreign policy doctrine. Thus far, the results have been mixed. One of his strikes, a March 2 attack in Syria, took out a senior al Qaeda official, Abu al-Khayr al-Masri, described as the terror group’s second-in-command who was also son-in-law to al Qaeda’s late founder, Osama bin Laden.

Drone strikes were also used in the Jan. 29 raid that resulted in the death of U.S. Navy SEAL Senior Chief Petty Officer William “Ryan” Owens. That mission yielded in an unusually high number of civilian casualties, including multiple children.