Gwyneth Paltrow Compares Mean Internet Comments To Being In A War

Gwyneth Paltrow said something stupid. Speaking at the Code Conference in California yesterday, she spoke out against the things mean... 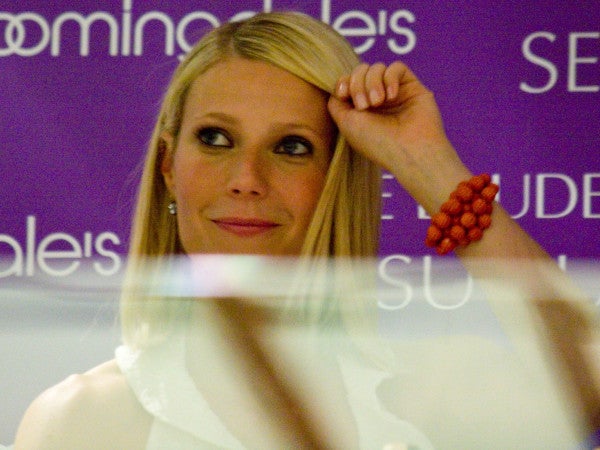 Speaking at the Code Conference in California yesterday, she spoke out against the things mean people on the internet say, but in doing so, compared the effect harsh words have on her to the effect war has on a soldier, according to Fox News Insider.

The Hollywood actress has drawn the scrutiny of mean people on the internet recently in part due to her “conscious uncoupling” with her husband, Coldplay frontman Chris Martin.

There’s two elements at play here. The first is that she is a public figure and as such is subject to an unprecedented level of public scrutiny from occasionally anonymous people on the internet. It’s not nice, and the ability of famous people’s private lives to be scrutinized by random people online has never been this intense. But as the scrutiny has increased over time, so too has the level of affluence gained by celebrities. Indeed, Paltrow reportedly has a $140 million net worth.

The second element is the tendency of celebrities to compare the problems they face in life to war. It’s a testament to how divorced from the realities of 12 years of war in Iraq and Afghanistan many are.

The remarks are reminiscent of a comment actor Tom Cruise reportedly made in a legal deposition last year, when he compared the stress of making movies to being in a war.

War is the most intense, abstract thing they can think of, maybe second only to their own problems, it’s not something they consider in the human sense, in the way 2.6 million Americans have actually witnessed or endured in Iraq or Afghanistan.

The scrutiny has likely had a stressful, transformative effect on Paltrow, but there’s nothing “bloody” about what she’s been through, and she’s been compensated handsomely for her life as a public figure.

In Paltrow’s case, comparing herself to a war-hardened soldier won’t draw empathy from the American public, it will clearly only increase the scrutiny. What it may do, though, is force a celebrity-obsessed American public to consider the burdens shouldered by members of the military, and that is a worthwhile endeavor.