Vets Need To Cool It With The Outrage On Social Media

Whether it’s called “Outraged Facebook Veteran” or “Veteran Outrage Syndrome,” vets have been putting themselves in the limelight a lot... 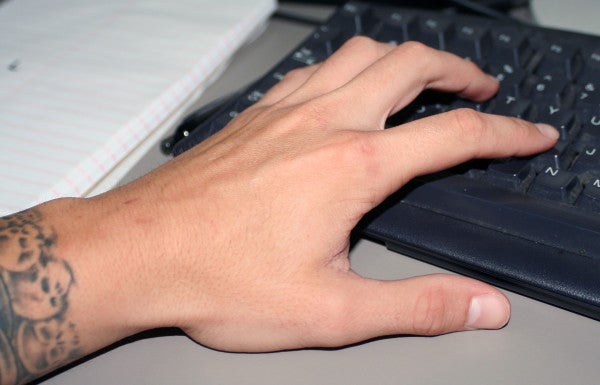 Whether it’s called “Outraged Facebook Veteran” or “Veteran Outrage Syndrome,” vets have been putting themselves in the limelight a lot lately, and not always in a positive light. Over the past few weeks, social media has shown veterans going high and to the right in anger on a variety of subjects.

Recently the praise given to Caitlyn Jenner, formerly Bruce, as she transitioned from man to woman ignited a firestorm among veterans on Facebook. Specifically, an Internet meme decrying the supposed “fact” that Army veteran Noah Galloway came in second for the Arthur Ashe Courage Award behind Jenner went viral on Instagram. Many veterans and others in the military community were so eager to be offended they shared and forwarded it to everyone they knew. Even a second’s reflection would reveal that the meme was absurd. This isn’t the Olympic decathlon. Honors like that one are never given in first, second, and third-place formats.

Anything involving flags, inaccurate depictions of the military, or comparisons of the military with anything non-military, is generally enough to set social media aflame. Those at least make a little sense, but Veteran Outrage Syndrome has become so acute in some people that almost anything annoying becomes a target. The Jenner story had nothing whatsoever in the slightest to do with veterans, yet social media was ablaze in veteran butt hurt over it for days.

According to FiveThirtyEight, the percentage of Americans who’ve served in the military is only about 7%, and the percentage currently serving is only .4%. This lends itself to a situation where this small percentage believes it is bearing a disproportionate share of the burden defending the country.

That experience colors many veterans’ opinions of current events. When someone has worked extremely hard to earn the title of his service and has sacrificed greatly in service to his country, seeing a slight of whatever kind can naturally inspire intense passion.

Because veterans put so much of themselves into the country, there’s a tendency to want to see some reciprocity somehow; they want to see the karmic scales balance. Often they think that is due in the form of praise, so when a celebrity gets lauded for what appears to be a far smaller effort or sacrifice, it breeds bitterness. Same with money, when others get rich for far less work. Same with respect, when a symbol of the country or military isn’t honored to the degree veterans feel is warranted.

The world doesn’t work that way, though, never has, never will. It isn't right. It isn’t fair. But it isn't going to change, either. While social media may make a lot of society’s failings more apparent, these perceived slights to veterans, real and imagined, have always been there. People have always loved celebrities, assholes get rich, and bad things happen to good people.

If the world were fair, there wouldn’t be war, disease, or poverty, either. As much as it may hurt to say it, not everything is about veterans. For example, there is not a finite, limited supply of praise in the world. If Caitlyn Jenner gets some, she’s not stealing from your stash of adulation. Get over it.

When is outrage appropriate? When someone is actually being insulting to the military, not just because they don’t give you the deference or praise you want or need, not because of some silly ad campaign. Just as in personal relationships, an actual insult is usually pretty obvious. If you’re the type of person who’s known to be looking for a fight with no justification, you’re not defending anyone’s honor, you’re just being a jerk and a bully. When that person self-identifies as a veteran in public forums, the whole community gets tarred with that same brush.

Veterans’ life experiences can be a great source of wisdom when trying to educate the general public about subjects such as the military and public affairs. Vets need to use that experience to educate the public on topics important to the military community, things that actually deserve some level of outrage: VA blunders and the erosion of the military retirement system. They shouldn’t use it to bludgeon civilians with misguided rage over imagined slights, whether in person or electronically.