Family-owned Bay Area Movers in Portsmouth, Virginia, planned to clear out room for storage by auctioning off abandoned household items.... 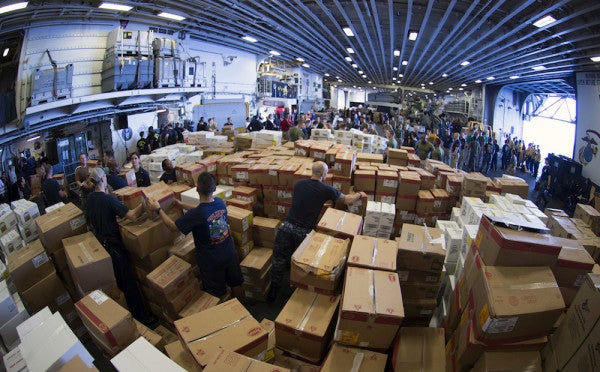 Family-owned Bay Area Movers in Portsmouth, Virginia, planned to clear out room for storage by auctioning off abandoned household items. The problem? The moving company has 105 crates containing 47 service members’ household goods, some of which have gone unclaimed for 22 years — and a big misunderstanding followed by a social media firestorm forced them to cancel the auction.

The issue arose when the auction post advertising the event displayed boxes that weren't part of the auction, according to Bay Area Movers. Gene Daniels Auctioneers, the group that wrote the advertisement, wrongly suggested the boxes could include “HIDDEN TREASURES” collected and lost by veterans overseas.

As a result, the ad seemed to indicate that the company was pilfering the storage lockers of service members in search of war memorabilia to make a quick buck. Indeed, some of the items included in the image belonged to a service member who dropped off his items as recently as April.

Over the course of the last week, the company’s Facebook and Yelp pages took ratings’ nosedives.

Robin Villers, vice president of Bay Area Movers, insisted that none of the items up for auction were lost or taken by movers while military families were undergoing permanent changes of station. Instead, it is property that was intentionally kept at the storage facility by service member. However, their government-paid storage has since expired, now at cost to the company.

Bay Area Movers also said that they have made every effort to notify these service members that their items need to be collected. Villers added that all storage space taken up by these abandoned items had gone unpaid for at least five years.

“We want the people who have been outraged to understand this personal property is very old and has been at the storage facility for decades,” command spokesman Fred Rice told Military Times.

The company first opened in 1985, and it had never held an auction prior, instead choosing to hold onto the items in case service members returned to claim them. Often moving and storage companies will take the owners to court over unpaid debt.