Promote ahead of peers. 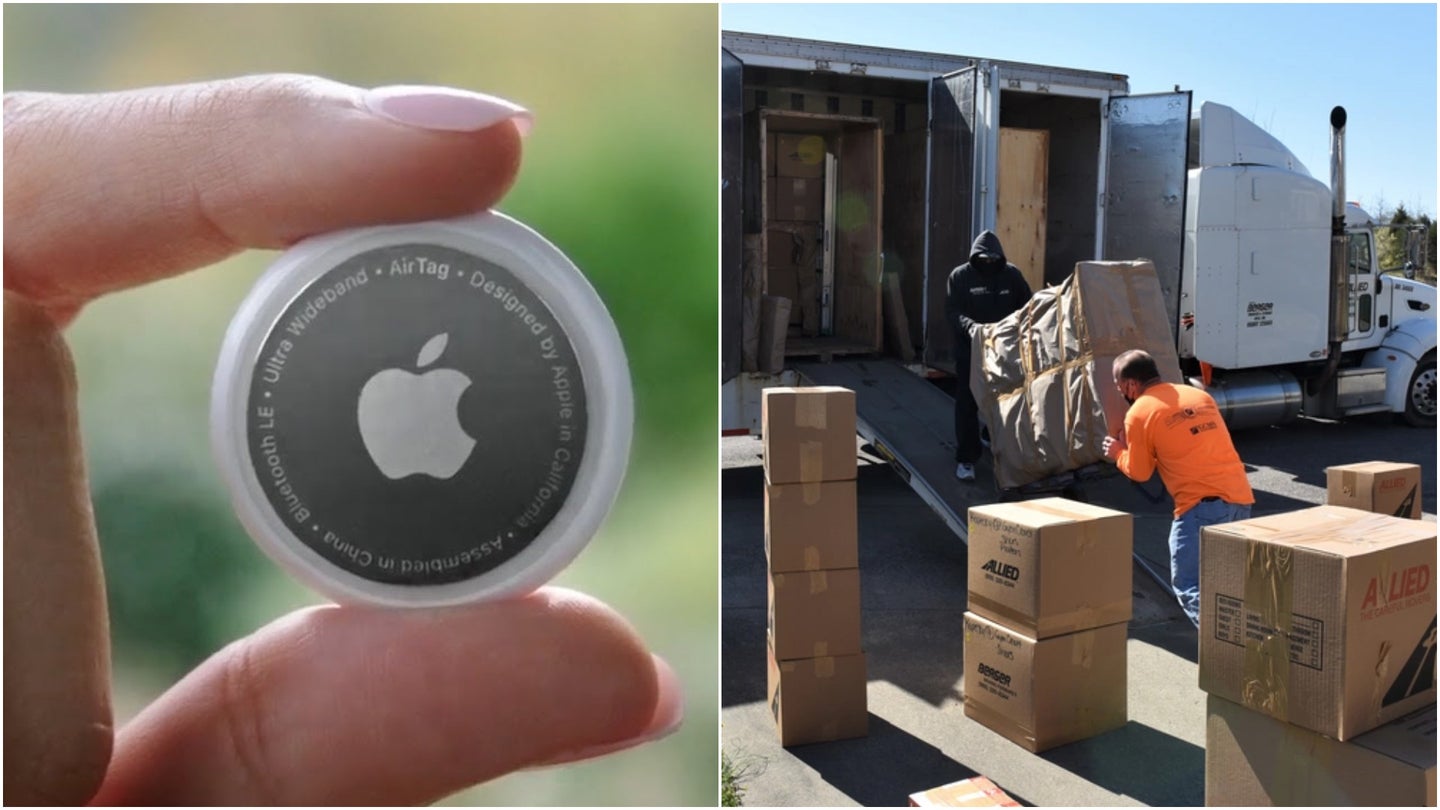 The U.S. military is a big organization, but there’s one thing many service members have in common: moving horror stories. When ordered to move across countries or between continents, service members and their families often have to deal with sketchy moving companies who might steal all their stuff, or let it get destroyed by water damage, or force them to sleep on the floor because the movers are running days behind schedule.

But one Army spouse has learned how to fight back. Valerie McNulty, a veteran of four military moves herself, had heard enough horror stories. While preparing for a recent move from Fort Carson, Colorado to Fort Drum, New York, she slipped an Apple AirTag, a Bluetooth-powered tracking device, into one of the boxes filled with her family’s household goods.

“You hear so many horror stories when it comes to PCSing,” she told Military Times, using an acronym for permanent change of station. “With those stories in mind, and having read about people putting AirTags with some of their [household goods], I decided it would be worth testing the theory.”

McNulty attached the tag to a box of her son’s toys, then her family of four headed out to the east coast. She told Task & Purpose that her family had been waiting about a month for their things to arrive, which surprisingly isn’t that bad compared to what some families go through. “Some families end up waiting months upon months to receive their household goods,” she said.

The mover was supposed to drop off the goods on Friday, January 7, but when that didn’t happen, the moving company told McNulty to expect the delivery on Sunday. A few hours after that call, however, the truck driver transporting their belongings called to say that he just picked up their shipment in Colorado and the earliest he could get it to them would be Monday.

McNulty knew better. Using her AirTag, she found out that the driver was not in Colorado, but only a half day’s drive south in Elizabeth, New Jersey.

“When we brought up the fact that we knew his exact location he hung up on us,” McNulty later recalled. “He then called back several minutes later and said ‘well the earliest I can get it to you is Sunday.’”

Keep in mind, McNulty had been in touch with her move coordinator all day, but the coordinator didn’t know where the driver was either, so if not for the AirTag, nobody would have been the wiser, and the family would have had to wait longer for their belongings. Even worse, the driver was not in Elizabeth due to a mechanical malfunction or a medical emergency. No, it was simply, “to see his lady,” McNulty recalled him saying.

Most of the household goods eventually arrived at the new home, and McNulty told Task & Purpose that the moving chaos is starting to die down. However, her family is still missing a page’s worth of inventory, including several high-value items.

“We are hoping to hear something about those by this weekend,” she explained. “Unfortunately, I only hid one AirTag so these items I am not able to track.”

The experience taught McNulty that moving companies are not always trustworthy.

“There are people that don’t care about your stuff, people that can’t help because they are the middle man, and people that try to abuse the system by lying and stealing,” she wrote on Facebook. “The Army needs to do better. Military families need an advocate/point of contact from the beginning of the PCS process to the very end at their next duty station.”

McNulty is not the only one who feels that way. Her post was shared 4,400 times on Facebook.

“We played this game when we moved to California,” wrote one commenter.

“Sounds like our move recently,” wrote another. “Our couches are a complete loss and stuff has gone missing or broken … such a crappy feeling!”

Military leaders are aware of the problem too. Last year, new rules were established requiring moving companies to conduct background checks on all their employees. In October, the military also stood up a new website where families can check the past performance of moving companies. Gen. Jacqueline Van Ovost, the new head of U.S. Transportation Command, also has PCS reform on her radar.

“You’ll see enhanced customer service, a better claims process and other improvements throughout 2022,” the general said in November. “We heard you, and we’re moving out.”

But if McNulty’s story is any indication, the PCS process still has a long way to go. In the meantime, follow her advice: get the AirTag.