"I think five or six years ago this never would go to trial." 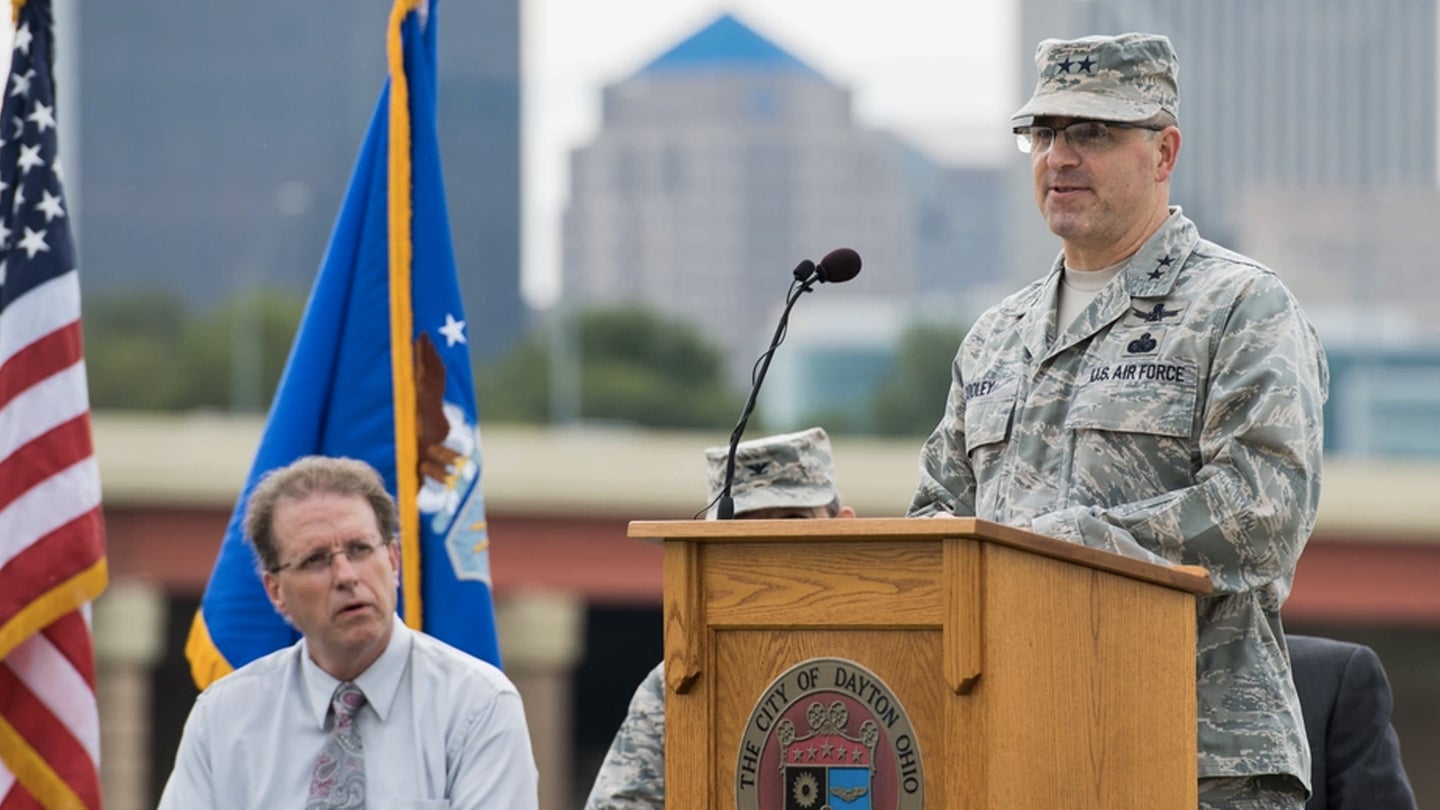 The Air Force will make history when it begins the court-martial of Maj. Gen. William Cooley, the first general officer in the branch’s 75-year existence to face such a proceeding. The former head of the Air Force Research Laboratory, Cooley is charged with three counts of sexual assault under the Uniform Code of Military Justice.

Though originally scheduled for Monday, January 10, Air Force Materiel Command announced late Thursday night that Cooley’s court-martial would be postponed until April 18 “in part, due to COVID-19 concerns among the trial participants,” the command wrote.

“After a comprehensive review of all of the evidence from the investigation and the Article 32 preliminary hearing, I’ve informed Maj. Gen. Cooley of my decision to move his case to general court-martial,” Bunch said in April. “I can assure you this was not a decision made lightly, but I believe it was the right decision.”

The general is not the first in the Air Force to face allegations of sexual misconduct. Others include Maj. Gen. Thomas Fiscus, who the Air Force Inspector General found in 2004 had made inappropriate sexual advances on 13 women; and Brig. Gen. Richard Hassan, who the IG found in 2005 had sexually harassed female subordinates and created a hostile work environment. However, those generals were sheltered from facing court-martial by their peers at the top of Air Force command, experts said.

General officers “don’t want to prosecute each other because it’s this old boy chummy network,” retired Air Force Lt. Col. Rachel VanLandingham, a former judge advocate who now teaches law at Southwestern Law School, told Task & Purpose in 2020. “Many of them have integrity, but that track record doesn’t speak well on their behalf. It speaks of the euphemism ‘different spanks for different ranks.’”

Historically, there have been several reasons why senior Air Force leaders, and generals especially, are subject to seemingly different ‘spanks.’ One is the fact that courts-martial require a panel of jury members who are equal or senior in rank to the accused, which is tricky when the accused is a two-star general such as Cooley.

There are 154 generals in the Air Force at the rank of two-star and above, according to data from November 2020. There are probably few of those who don’t know Cooley, who have never been the convening authority for a sexual misconduct case, or who have never issued a statement espousing zero tolerance of sexual harassment or assault, said retired Air Force Col. Don Christensen, president of the advocacy group Protect Our Defenders. Any of those traits could be grounds for the defense counsel to argue the jury member has a bias or implicit bias, he explained.

“The defense has an easy road to challenge people off the court,” said Christenson, a former chief prosecutor of the Air Force. “If they can convince a judge of implied bias, it can take a while before they get members seated. That to me could be a real issue.”

Another challenge is a career progression system for Air Force lawyers that values breadth of experience over depth. Other areas of Air Force law include air and space law, claims and tort litigation, environmental law, and government contracts. But in the military justice arena, which deals with criminal cases, it’s especially important to have experienced prosecutors. The challenge gets more daunting for higher-ranked officers such as Cooley, who often can afford to retain experienced civilian defense counsels.

“Throughout my career I was told over and over ‘you’ve been in military justice too long, you’re going to hurt your career, you need to get out,’” Christensen said in 2020. “You can have these really heinous murder cases and the senior prosecutor would be a 4-year captain … A lot of times they’re going against a civilian defense counsel who’s been doing it 20, 30 years. So the Air Force loses a lot of cases.”

Still, the fact that the general’s case has made it to trial is proof that times may be changing in the Air Force. Like the rest of the military, the branch has been pressured by Congress to address systemic sexual harassment and assault in the wake of the #MeToo movement.

“I think five or six years ago this never would go to trial, he would have been allowed to retire,” Christensen. “So that’s one positive that’s come about as a result of the attention” to sexual misconduct.

“It’s important for the rest of the force to see a general being prosecuted, because they’ve basically had a get-out-jail-free card for the past 75 years,” he added.

Update: Air Force Materiel Command announced late Thursday night that the court-martial of Maj. Gen. Cooley would be postponed until April 18 “in part, due to COVID-19 concerns among the trial participants,” the command wrote.