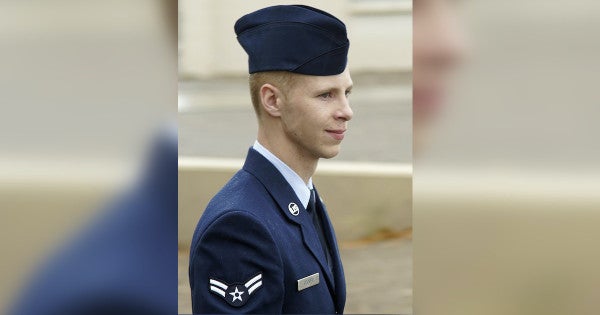 Maj. Gen. Craig D. Wills, 19th Air Force commander, on Jan. 14 directed that Calvin Cooper be court-martialed on charges of drunken or reckless operation of a vehicle, manslaughter and negligent homicide in the March 23 death of 39-year-old Angelica Baca.

Eva Blaylock, a KAFB spokeswoman, said the date of the court-martial is pending but will likely be set for late spring or early summer.

During a Nov. 21 probable cause hearing, held in a military courtroom on base, defense counselors and staff judge advocates submitted evidence and argued before investigating officer Maj. Joshua Nettinga to make a determination of probable cause.

Before concluding that hearing, Nettinga said Cooper could face up to 10 years in prison, if convicted.

The Albuquerque Police Department initially responded to the crash around 7:30 p.m. at Louisiana and Ross SE, where they found a grisly and chaotic scene. Several witnesses frantically called 911 within minutes of the crash, one woman describing body parts strewn about and believed it was a suicide bomber.

Police say Cooper was driving “at a high rate of speed” when he used the “center painted median” to pass a vehicle and struck Baca, who was standing in the median. The impact killed Baca instantly and sent Cooper swerving across two lanes, before crashing into the Rising Phoenix apartments. At the time of the crash, Cooper was with three fellow airmen: two 19-year-old men and a 22-year-old woman.

An APD crash report cited “driver inattention, excessive speed, improper lane change” as contributing factors in the crash. Soon after, the investigation was handed over to the Air Force Office of Special Investigations for possible prosecution.