"Are you scared?" The question was out of my mouth before I really had time to process it. 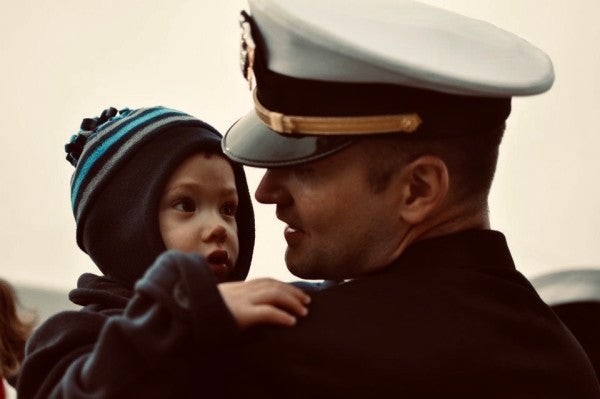 This morning my oldest son overheard my husband listening to Meet the Press and he wanted to know what all the fuss was about. Why are people talking about acts of war? What is happening? How does it affect us? He was very curious, as most 10-year olds are.

So we sat with him and answered his questions as clearly and concisely as we could, walking the fine line between hard truth and age appropriate answers.

I was impressed by his level of questioning and equally impressed with our ability as parents to answer his questions the best we could. We wrapped up the conversation and headed out the door to church, all of us seemingly content to carry on about our day.

But we weren't all content to carry on about our day.

As we loaded into the van, the jabs started. Annoying little remarks or looks aimed at our youngest. As the little things escalated, our youngest engaged by shouting ugly names at his brother at maximum volume. After blows were exchanged and tears shed, each child settled into his designated seat as the van rolled on toward church.

The atmosphere in the van was one of uncomfortable silence. Both our oldest and youngest instructed to face forward and not engage with one another for the eight-minute drive.

“Are you scared?” The question was out of my mouth before I really had time to process it.

My oldest looked up at me and slowly nodded his head.

It's one thing to watch world news unfold on a TV screen from the comfort of your living room. It's a completely different thing to have it unfold as your dad leaves your living room, sea bag in hand, weary look on his face, and a promise that he, “will be back soon.” Whatever that means.

Today many military families woke to the reality that their loved ones deployed unexpectedly.

Deployment is hard enough when you know it's coming. But an unexpected deployment? That hits you like the left hook you never saw coming — especially if you are ten or eight or three, heck, even if you're 37, like myself.

Unknowns are about the only constant in military life.

Some would suggest that this idea is something that the military community should just suck up, because “we knew what we signed up for.” While there is some truth in knowing the only constant is the unexpected or unknown, I find myself really angry with people who feel the need to remind military families of that at every turn. As if knowing that our loved might deploy at a moment's notice makes that reality any easier to digest. It doesn't.

Scrolling through Instagram after church, I came upon a post from comedian Leslie Jones. Something about encouraging people to get involved in current events. In the comments a soldier's wife expressed her fear about what's going on. The sudden deployment of the 82nd Airborne division hit a little too close to home for her. While most replies to her were ones of prayer and support, someone commented, “Sorry, but they knew what they were getting into! Being in the military you better be ready for war all the time!!”

This person's statement, while true-ish, is awfully insensitive to someone who was simply expressing her emotions. And I see it all the time.

Somehow, we have begun to live under the assumption that because people volunteer to be in the military and make it a career, the volunteering erases the emotions of worry and fear. That because we have an all-volunteer force the families don't get to say they are afraid, or worried, or that they are having a hard time while their loved one is in harm's way.

I don't know. I don't have the answer to those questions. But I do have a heart for the people who are bearing the brunt of constant military engagement.

The reality of the skirmish between my children this morning was brought on because we had to have a frank conversation with our 10-year old about what's going on in the world and it scared him.

It scared him because he lives with the reality that world news of this caliber does
affect his daily life.

His dad might deploy suddenly. Or his dad might work really long hours helping prepare others for deployment. Or where his dad works will be attacked.

He is aware that the unknowns and uncertainties of military life change his routine, his life, because an unexpected deployment is not about war, it's about his dad.

As our country waits to see what will come of the current struggle in the Middle East, my call to action is this:

Remember that for some of America's families this conflict is personal. It's not about politics, it's about dads and moms, brothers and sisters, and their absence, on behalf of the United States, leaves a very large hole in the lives of the ones who await their return.

This article originally appeared on JennyLynneStroup.com