The downside to life as a military brat

“RESILIENT” “FLEXIBLE” “MATURE” Words often used to describe Military Brats. We talk about how moving around builds their character. We... 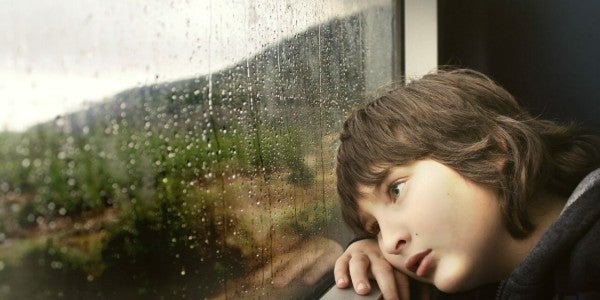 Words often used to describe Military Brats. We talk about how moving around builds their character. We like their ability to make friends wherever they go. Do we do this so we don’t have any guilt when we rip them from their lives and plant them to “blossom” at a new duty station? Maybe.

For sure, I can look at my two kids and see all the positives they’ve experienced from five PCSes in 10 years. My college-age daughter has written about how growing up as a military brat has served her well. Read her story here.

But there are instances which come to my mind where her life was not a bed of roses and those character-building moments were hard fought.

HOME IS WHERE THEY SEND US….

One moment that comes to mind is our move from the Army War College in Carlisle, PA to the Pentagon in northern Virginia. It was the summer between her fifth and sixth-grade year, a growing year for sure for a tween. She loved Carlisle. We all did. None of us wanted to leave and certainly not to return to the rat race of the Pentagon. But it is where the Marine Corps sent us.

She cried for weeks. We were “ruining her life.” “Why couldn’t Daddy commute to the Pentagon from Pennsylvania?” And the real kicker here was that I, the mil-spouse, with absolutely no say in where we were stationed got the brunt of her anger and despair. It wasn’t my husband, the active duty spouse. Although, he didn’t really have much of a say in where we were sent either. Sound familiar?

There are definitely some downsides to living this nomadic military life. And certainly not every child ‘blossoms’ under all the adversity. I would say both of my kids benefited overall from all the moving, but like the experience detailed above, it wasn’t always easy.

“I’m honestly tired of the unicorns and rainbows and portrayal of how ‘wonderful and amazing’ it all is,” says a military spouse who answered our very unscientific poll on Facebook.

We asked people to define a military brat and describe the experience of living a military life. While some wrote how amazing they felt it has been for their kids. Others told of another side to military life.

“There have been many positive personality traits such as a great sense of adventure and worldliness, but also introversion, depression, lack of consistency in education, and lack of consistency in medical care,” says another mil-spouse whose oldest has experienced 15 moves and three high schools over 24 years.

What is a Military Brat Exactly?

THE STRUGGLE IS REAL

Mil-spouse Carrie says moving every couple of years was hard on her kids. “I have a couple that are adaptable and resilient and two that are not. They don’t like moving and want to go ‘home’- stateside.” She says every PCS is a struggle. “Eventually all the kids adjust, but it takes a lot of work from us and hopefully a good school and community.”

A veteran says her children have suffered from depression at times. There was “physical abuse by a Family Care Provider while I was deployed the second time to Iraq. One was suicidal at age ten when I was deployed for a third time to Iraq, and then again while I was on my fourth deployment.” This mom remembers her youngest “hated me after I returned from Afghanistan.”

“I’ve got one in college and one in high school,” says another mil-spouse. “My college kid would certainly tell you that while she is everything we’ve mentioned above, she traded it for not having ‘roots’ anywhere. She has lived a life of always having to reestablish herself.” Her mom goes on to say she went through an introverted spell which eased a bit when she went off to college.

WOULD YOU DO IT DIFFERENTLY?

Dolli describes her daughter as adaptable and more mature than her peers. “She has a big worldview, but she’s also an introvert so making and saying goodbye to friends has taken its toll.”

“If I had known just how much it cost, I think we would have done things differently.”

Susan, a mil-spouse and a military brat herself, says mil-kids are adventuresome, independent and fierce! “These kids understand what it means to follow something bigger than themselves and our family. They understand sacrifice.” But she goes on to point out growing up military isn’t a paradise. “Military kids are by and large awesome and yes, often gain wonderful strengths from their upbringing. However, these are hard-won gifts.”

Many of those who commented on social media thanked us for posing the question but asked us not to whitewash the hardships while glorifying the benefits.

As some pointed out, these kids have sacrificed so very much through no choice of their own. But, we all know, they are not perfect. They can, in many ways, be hurt as well as improved by their experiences.

Military life can be incredibly hard, and our mil-kids often feel the effects of the separations and the relocations. “I’m not saying it was all terrible because we had some wonderful experiences too, but we were exhausted by the time my DH retired,” says one veteran military spouse.

Overcoming adversity seems to be a central theme for military brats. However, one mil-spouse questions whether the adversity is necessary. Referring to the military bureaucracy we’ve all had to face, this spouse says, “There was this emphasis on being tough which I thought sometimes became an excuse for not trying to make things better.”

Perhaps one mil-spouse says it best about mil-kids, “Your roots are shallow and you are hardy, easily transplanted wherever the wind blows. There’s a reason the dandelion is the flower of the military child.”

We can only hope in the end, all the struggles and hardships they’ve had to face along the way give our military brats character traits which will help them thrive as they move into adulthood.