Zavala is also charged with conduct unbecoming an officer and a gentleman, for allegedly engaging "in harassment, and verbal, psychological, and emotional abuse" of his wife. 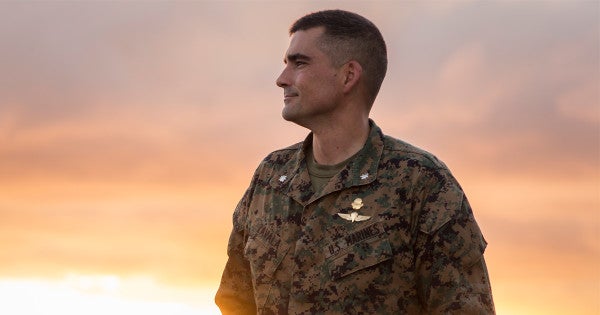 The Marine lieutenant colonel who was removed from command of 1st Reconnaissance Battalion in May is accused of lying to investigators looking into allegations of misconduct, according to a copy of his charge sheet provided to Task & Purpose on Monday.

1st Marine Division first started looking into allegations in April that Lt. Francisco Zavala had been physically and verbally abusive to his wife, who had detailed multiple instances of domestic abuse over the course of their marriage in court documents. She also filed a report with the family advocacy program, which offers counseling services to military spouses.

In addition to being charged with multiple instances of abuse, Zavala also faces charges of lying to a military investigator who was looking into those incidents, according to the charge sheet, which said that Zavala allegedly made a false official statement to a colonel (whose name is redacted) “with intent to deceive” in April that “he had never gotten physical” with his wife.

He was charged on August 8, the document says.

Zavala is also charged with conduct unbecoming an officer and a gentleman, for allegedly engaging “in harassment, and verbal, psychological, and emotional abuse” of his wife (Task & Purpose does not name victims of domestic violence).

According to the charge sheet, Zavala allegedly hit his wife with a backpack and threw his wedding ring at her in June. He is also accused of striking her in September, holding her in a bear hug in October, and in December, striking her in the face and slamming her against a wall.

In her sworn statement, Zavala's wife claimed he had struck her in the face on Dec. 23, before taking away her phone when she threatened to call 911, she wrote.

Zavala was also accused of “willfully and wrongfully” destroying his wife's cell phone in October, according to the charge sheet. His wife claimed in her statement he had slammed both of their iPhones to the ground “in a rage.”

Zavala faces a preliminary Article 32 hearing in early October, which will determine whether he will face court-martial. He denies any wrongdoing.

During a brief telephone interview in May, Zavala told Task & Purpose that all the allegations against him were “false,” but declined to answer further questions, citing an ongoing military investigation.

“As a professional, my responsibility allow the investigation to go on and in time, I'm fairly confident I'll be exonerated of everything that's being alleged against me,” he said. Zavala did not respond when Task & Purpose reached out for comment on the charges last week.

In a filing in his divorce case on June 12, Zavala accused his wife of attacking him on Dec. 23, though he did not address other incidents mentioned in the charge sheet.

You can view the charge sheet below: