Fishtorn was arrested in Arkansas after authorities had issued a nationwide Amber Alert for the teen. 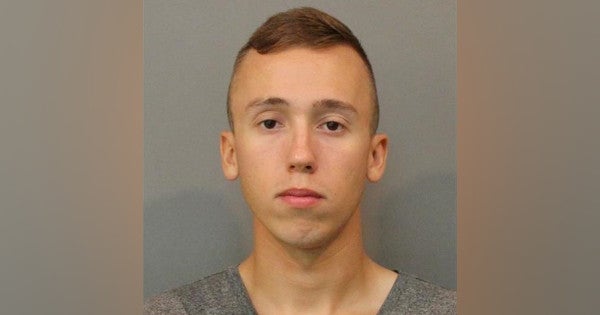 A U.S. Marine reservist has been charged with felony kidnapping, stalking, and criminal confinement after he allegedly kidnapped a 16-year-old Indiana girl and brought her to Arkansas.

Lance Cpl. Alexander Martin Curry-Fishtorn, 22, was charged Tuesday in Indiana's Lake Superior Court with 17 felonies and four misdemeanors, according to The Chicago Tribune. On Aug. 16, Curry-Fishtorn allegedly kidnapped the girl and drove her to a friend's house in Arkansas with an apparent plan to hold her there until she was 18, ABC 7 reported.

Curry-Fishtorn was arrested in Arkansas shortly after authorities issued a nationwide Amber Alert over the weekend for the missing teen.

“He rigged the car so the door wouldn't open,” the girl's mother told ABC 7. “She was trying to get out. She said she was kicking and screaming when he grabbed her and just took off. And she went from a blonde to now her hair is dyed black.”

Here's more from The Tribune:

They met at a Crown Point U.S. Marines recruiting event in January 2019 where Curry-Fishtorn had asked for Snapchat contacts of prospective recruits, documents state. Within a week, he and the girl were dating, she later told police. The relationship turned abusive by March, she said in court documents.

He didn't want her wearing shorts or makeup to look “provocative,” would go through her phone, see who she was texting, barring her from talking to other boys, including co-workers, documents state.

Curry-Fishtorn had previously been the subject of a May 20 restraining order filed by the girl's mother.

Grant Herrington, Curry-Fishtorn's friend in Arkansas, reportedly said he knew about the protective order but was told the girl was 18 years old, according to CBS Local. He later found out her true age but told him they could “hide out at his house for a few days,” CBS reported.

This post has been updated with details of Curry-Fishtorn's service.