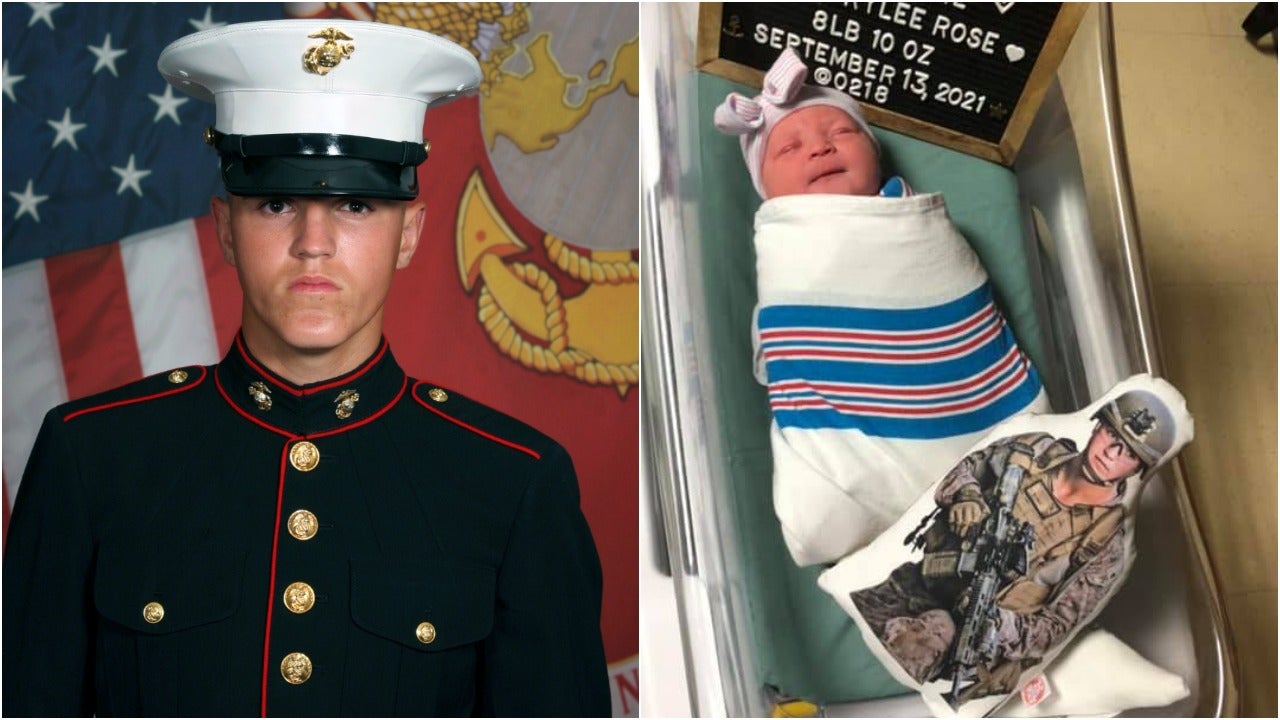 The baby daughter of one of the 13 American service members killed in a suicide bombing last month in Afghanistan was born on Sept. 13 and given a warm welcome from her Marine Corps family and beyond.

Levi Rylee Rose McCollum, daughter of Lance Cpl. Rylee McCollum and his wife Jiennah, “came roaring into this world and graced us with her presence” in the early morning hours of Sept. 13, according to a Facebook Post from Jill Miller Crayton, Jiennah’s mother.

Lance Cpl. McCollum, 20, was killed in the Aug. 26 suicide bombing at the Hamid Karzai International Airport in Kabul. Twelve other service members, including 10 Marines, an Army special operations soldier, and a Navy corpsman, as well as dozens more Afghans, were also killed in the blast; 18 Americans and over 100 Afghans were wounded.

McCollum, from Jackson, Wyo., planned to join the military “his whole life,” his sister Roice told the Washington Post. He was a baby on the day of the Sept. 11 attacks that started the war in Afghanistan, and signed up for the Marine Corps the day he turned 18. He “insisted on the infantry,” the Post reported, though his recruiter tried to convince him to go another route. But McCollum had made up his mind.

He left for boot camp in San Diego last year after finishing high school. There, he met Jiennah, and on Valentine’s Day this year the two were married. By the time McCollum was leaving for his first overseas deployment in April, the newlywed couple was expecting their first child.

Just two weeks before the attack in Kabul, McCollum and others in his unit, 2nd Battalion, 1st Marine Regiment, were sent to Afghanistan to assist in the evacuation of Afghans and Americans. He was manning a security checkpoint at the Abbey Gate of the airport when a suicide bomber with the Islamic State group detonated explosives.

In a Facebook post on Aug. 27, Jiennah said she lost her “best friend,” and “nothing will ever make that hurt less.”

A Reddit post announcing Levi’s birth was flooded with messages of support for the little girl and her family.

“I hope she always knows how brave her father is,” one person said.

“I bet he’d be filled with only happiness and love right now,” another commented. “Oorah.”

“That little girl has an entire brotherhood behind her,” said another person.

But it’s not just messages of support that the family has received in the midst of their loss. In the wake of McCollum’s death, two GoFundMe fundraiser pages were launched to raise money for Jenniah and their baby. Between the two — one launched by Jenniah’s mother for her daughter, the other started by Into The Breach Supply Co. for “the education and upbringing” of baby Levi — over $900,000 has been raised.

The person who originally posted the birth announcement on Reddit said Levi “will always be comforted to know that her father was, and is a hero, a courageous and brave man. She will know him through the stories, the memories shared, and the legacy he held that is now our duty to carry.

“She will also know him through the communal love – for as she enters the world, collectively we have all raised over $847,000 for her and her family,” the original poster said on Reddit. “That is a reflection not of any of us, but a reflection of her father and the effect he has had on all of us.”

To welcome his new granddaughter, McCollum’s father Jim wrote Levi a poem, according to Cowboy State Daily, a non-profit news organization in Wyoming:

I love you little girl

You blessed us with light and love

When you came into the world

Hold on to your mama

You brought the world together somehow

He’s watching over you

He loves you both so much

You’ll feel him with you always

I can’t wait to hold you

I’m excited to watch you grow

I wanted you to know