"If the Senate issues a subpoena for my testimony, I am prepared to testify." 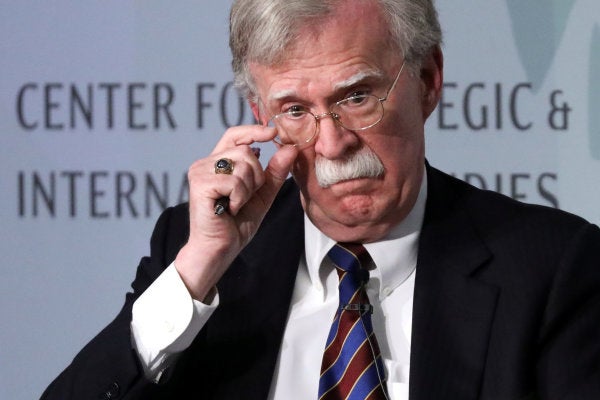 John Bolton, President Donald Trump's former National Security Advisor, said in a statement on Monday that he would testify if subpoenaed by the Senate for the impeachment trial of President Trump.

“Since my testimony is once again at issue, I have had to resolve the serious competing issues as best I could, based on careful consideration and study,” Bolton wrote in a statement on the website John Bolton PAC. “I have concluded that, if the Senate issues a subpoena for my testimony, I am prepared to testify.”

Bolton was fired by Trump in September, after he and the president reportedly disagreed about efforts to reach a peace agreement with the Taliban.

Bolton's announcement comes as Rep. Nancy Pelosi (D-Calif.), the speaker of the House of Representatives, prepares to transmit the House's articles of impeachment to the Senate, allowing a trial to being in the chamber, the Washington Post reports. Pelosi has been withholding the documents as Democrats seek guarantees about the scope of a Senate trial, the Post reported.

Bolton explained in his statement that the Democratic-controlled House previously issued a subpoena to him, but he did not testify because he was waiting on a judge's ruling on whether to comply with the subpoena or a White House directive not to testify.

Bolton does not appear to have the same reservations about testifying before the Senate, which holds a Republican majority.