"LTC Vindman's patriotism has cost him his career," his attorney said. 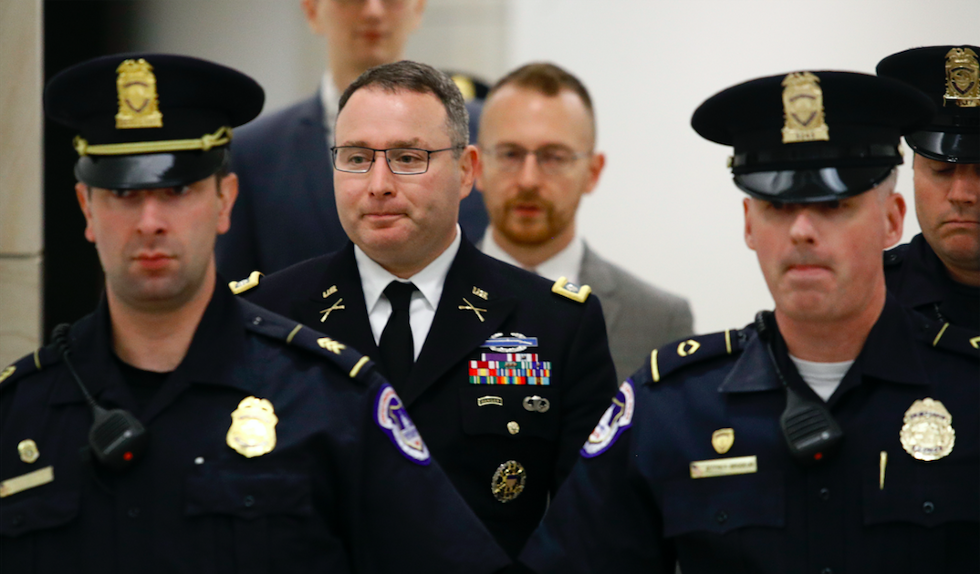 Army Lt. Col. Alexander Vindman, who testified last year during President Donald Trump's impeachment, is retiring from the service after more than 20 years.

A statement from David Pressman, Vindman's attorney, says that the soldier is retiring “after it has been made clear that his future within the institution he has dutifully served will forever be limited.”

Vindman, who was formerly detailed to the National Security Council, was on a phone call between Trump and Ukrainian President Volodymyr Zelensky which sat at the center of the impeachment inquiry. He was subpoenaed to testify before Congress in November 2019.

Vindman was dismissed from the National Security Council in February.

The same month, Army Secretary Ryan McCarthy confirmed that there were “no investigations” into Vindman after Trump stated that the military would “take a look” at Vindman's role in the impeachment inquiry.

Today I officially requested retirement from the US Army, an organization I love. My family and I look forward to the next chapter of our lives. pic.twitter.com/h2D9MRUHY2

Recently, lawmakers raised concerns that Vindman's promotion to colonel was being held up as a result of his testimony.

Army veteran Sen. Tammy Duckworth (D-Ill.) said last week that she would put a hold on more than 1,000 military promotions until she was assured by Defense Secretary Mark Esper that Vindman's promotion would not be blocked.

Vindman, who emigrated to the U.S. from Ukraine as a child with his family, joined the Army in January 1999, according to his service record. He deployed to Iraq in September 2004, where he was wounded in combat by an improvised explosive device. He finished his deployment and returned to the U.S. in September 2005.

The Army repeatedly backed Vindman in the aftermath of his testimony, saying he “served this country honorably,” and is “fully supported” by the service.

“As his career assignments reflect, Lt. Col. Vindman has a long history of selfless service to his country, including combat,” Matt Leonard, an Army spokesperson, said in October. “Lt. Col. Vindman is afforded all protections anyone would be provided in his circumstances.”

But Pressman said in his statement on Wednesday that “Vindman's patriotism has cost him his career.”

“Today our country loses a devoted soldier, but it is incumbent upon all of us to ensure it does not lose the values he represents,” he said.