"You've got to see them ... We have the F-35s. It's stealth. And, I was at one of the areas where they're displaying it, and I went up to the pilots, and, honestly, they're better-looking than Tom Cruise" 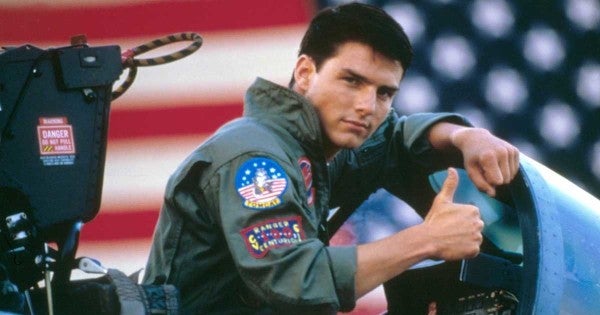 On Wednesday evening, just as President Donald Trump became the third president in U.S. history to be impeached, he was telling a crowd of his supporters in Michigan about how good America's F-35 stealth fighter pilots look.

“You've got to see them,” Trump said. “We have the F-35s. It's stealth. And, I was at one of the areas where they're displaying it, and I went up to the pilots, and, honestly, they're better-looking than Tom Cruise.”

“The face is equal, maybe slightly better. The body's bigger and stronger. They can definitely fight. They're the real deal,” the president said.

“These guys are so good looking I said you could be a movie star go to Hollywood,” he continued.

This particular part of Trump's rally speech happened at the exact moment the House of Representatives was approving the first articles of impeachment for alleged abuse of power, The New York Times reported.

Cruise stars in long-awaited sequel set to be released in summer 2020, and will be flying an F/A-18 Super Hornet — not an F-35C Lightning II.

This is not the first time Trump has expressed an interest in having warfighters that are “better looking than Tom Cruise.”

During his first cabinet meeting of the year, Trump said: “When I became president, I had a meeting at the Pentagon with lots of generals. They were like from a movie, better-looking than Tom Cruise — and stronger.”

In that same meeting, Trump said he thinks he would have made a good general. “I think I would've been a good general, but who knows,” the former reality TV star and real estate mogul said at the time.

Trump has also repeatedly commented on the looks of other military members without mentioning Cruise but while still mentioning the film industry.

At a rally in July, he talked about some unnamed military officers he met with to discuss the fight against ISIS. “These guys are central casting — like from a movie, except better,” Trump said, according to CNN. “They're stronger, bigger, tougher, meaner, and actually better-looking in a certain way.”

And, then in August, when the president was praising Army Pfc. Glendon Oakley for his heroic actions during a mass shooting in El Paso, Texas, he said: “So you'll be a movie star, the way you look. That'll be — hey, that'll be next. Who knows, right?”