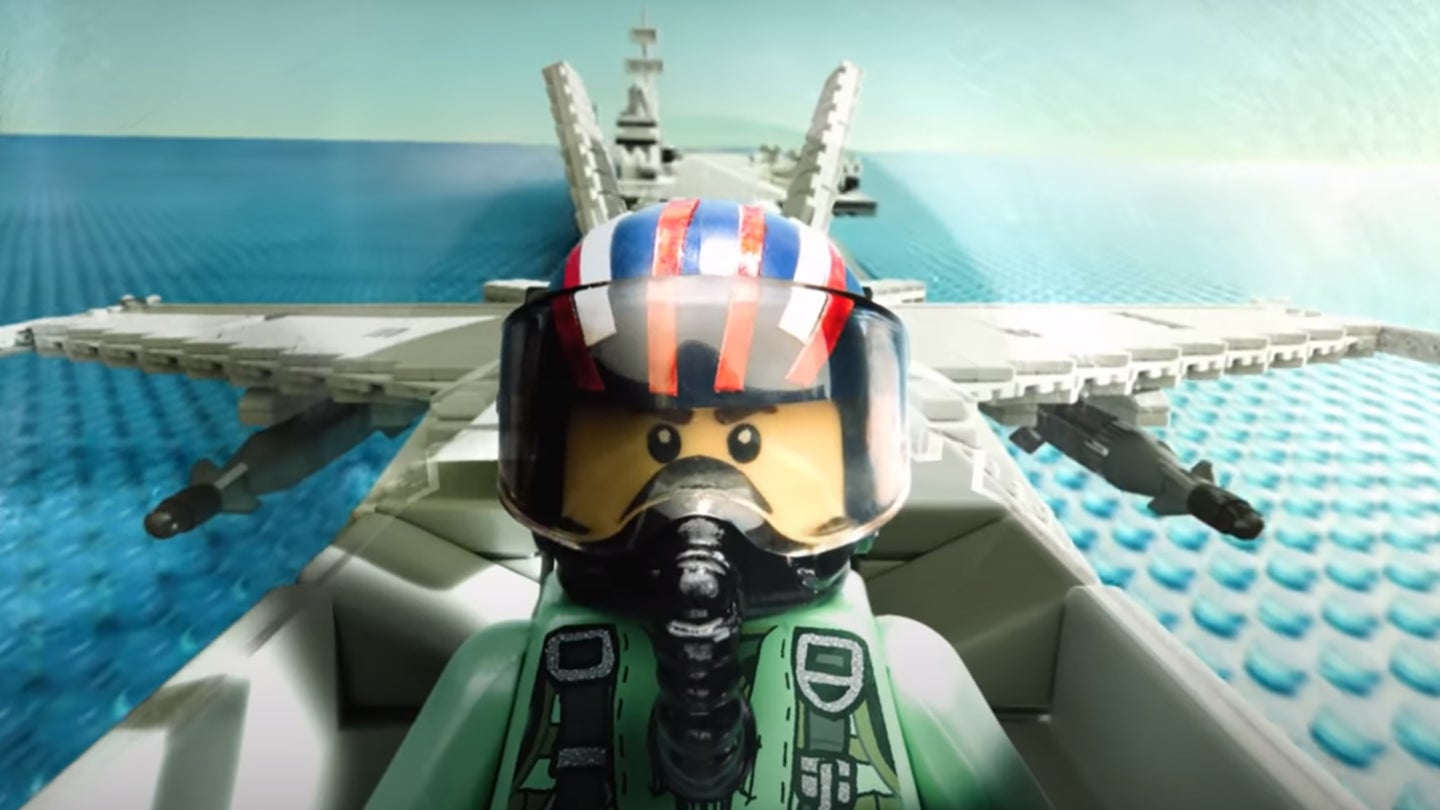 The hotly anticipated sequel to the 1986 Navy fighter flick Top Gun may have been delayed until 2021, but one enterprising YouTuber is keeping the excitement alive, and coincidentally, making me really wish I could time-travel back to my childhood when the biggest concern I had was trying to make my LEGO creation look like what was on the box.

Though I don’t think there’s a world in the multiverse where I’d be skilled enough to put something together like this shot-for-shot remake of the Top Gun: Maverick trailer using nothing but LEGOs:

The clip was recently uploaded to the massively popular YouTube channel OnBeatMan run by expert LEGO craftsman Augustus Danko. The video was five-month-long labor of LEGO-love and it clearly shows in every single frame. Though Danko has yet to upload the behind-the-scenes video for how he made the LEGO version of Top Gun: Maverick, his YouTube page is a treasure trove of explainers and how-to videos showing just how much work goes into each video project: from the carefully crafted and intricate sets to the computer-generated graphics he creates and puts into action, as well as how-to videos for using a green screen, and the basics of lighting, and filming.

It’s really not surprising that it took so long to put together, considering every single scene from the trailer was recreated in LEGO form. And when I say every single scene, I really do mean it. In a follow-up video, Danko uploaded a side-by-side comparison between the LEGO version and the original. With the exception of all the blocky bits, cylindrical heads, and the child-like glee I feel watching one over the other, it’s actually hard to tell the difference.

Just like the original trailer, the LEGO version includes a welcome brief from one of the training officers at Top Gun, who addresses a class of new pilots: “Your instructor is one of the finest pilots this program has ever produced. His exploits are legendary. What he has to teach you may very well mean the difference between life and death.”

Over the narration, we see LEGO Tom Cruise as LEGO Maverick in his LEGO F/A-18 Super Hornet doing death-defying aerial maneuvers (no strings as far as I could see), interspersed with clips of him riding his motorcycle through the desert, followed by more stunts in finely crafted LEGO jets, before it cuts to Mav standing in a briefing room with his customary smirk as he remarks that he didn’t expect an invitation back, to which one of the officers responds “They’re called orders, Maverick.” That’s right, the trailer even has LEGO sass.

As for the actual Top Gun Maverick movie, the fact that this LEGO remake came out more than a year after the release of the movie’s official cinematic trailer says a lot about the challenges that have plagued the film’s production, largely due to the ongoing novel coronavirus (COVID-19) pandemic. That said, some of the rain clouds that have followed the film have had more to do with human error, and short tempers, than anything else. Currently, Top Gun Maverick is set for a July 2 theatrical release, though that is largely dependent on whether theaters will actually be open in July.

In terms of what’s in store when the movie — the actual one, not the LEGO version I truly wish they’d just make instead — there will almost certainly be some barroom shenanigans; maybe even some poorly (or superbly) sung karaoke, considering the crew set up a beach bar in San Diego. And for those who are eagerly awaiting the film’s release so they can relive the 1980’s nostalgia of the original, we’re confident a shirtless beach volleyball scene is in order considering there’s a brief glimpse of one game in the trailer. As far as plot-points go — it’s a Top Gun movie so that’s not really the draw here — it seems like Maverick is still very much Maverick. He’s managed to stay in a limbo state in the Navy not really advancing, but not being so reckless as to get kicked out, and now finds himself back at the Top Gun school at Naval Air Station Fallon in Nevada, officially titled United States Navy Strike Fighter Tactics Instructor program. There he’s tasked with training the next generation of top-notch naval aviators, one of whom is the son of his wingman Goose, who died in the original movie and who, almost certainly, is going to blame Maverick for his father’s death.

But not everything is so bleak. In fact, everything is awesome because it’s a Top Gun sequel and much like the LEGO trailer, everything about is designed to hit those warm and fuzzy nostalgia notes. So sit back and enjoy the LEGO version as you pass the time waiting for Mav to once again take flight and buzz the proverbial tower.

Related: The LEGO SR-71: Because being a grown up is for suckers and spy planes are awesome