On May 23, Tom Cruise revealed during an interview that the 1986 cult classic “Top Gun” would finally getting a... 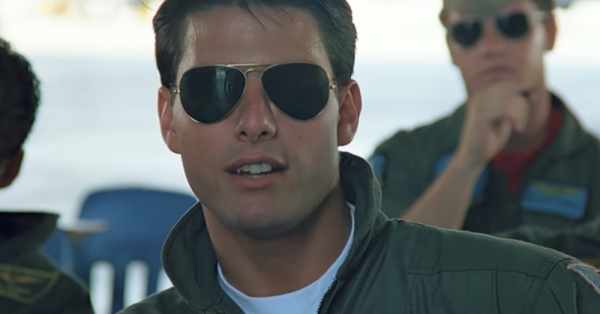 On May 23, Tom Cruise revealed during an interview that the 1986 cult classic “Top Gun” would finally getting a sequel more three decades later. When he was asked about the title over this past weekend, however, Cruise responded, “It's classified. I could tell you, but then I'd have to kill you.”

We can assume the movie will largely be about Cruise’s character who goes by the same moniker. But apparently his movie foil Iceman, played by Val Kilmer, had an alternative title suggestion almost four years ago:

I've got a great title for the TOP GUN SEQUEL:

Cruise did suggest the movie will be “a competition film… but a progression for Maverick,” which leaves space for Iceman to return for some high-flying, totally inverted action. But at this time, there aren’t any signs as to which actors, aside from Cruise, will reprise their roles.

In fact, we don’t really know much about the project, which starts filming in 2018. The original flick was directed by the late Tony Scott, but Jerry Bruckheimer will step in to produce the sequel, and Joseph Kosinski is reportedly the top choice to direct the film, according to Empire.

Whatever happens, we’ll be waiting excitedly for the movie’s release. We’ve never lost that loving feeling for “Top Gun.”