It’s been 31 years since “Top Gun” first blasted onto the silver screen, but it’s finally (FINALLY!) getting a sequel... 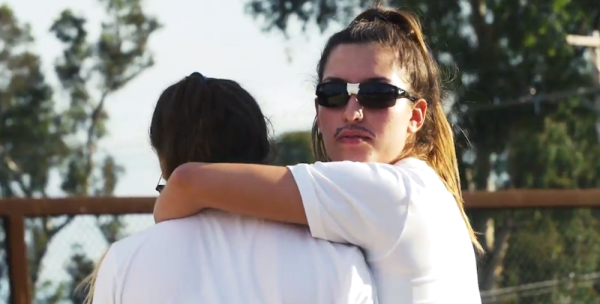 It’s been 31 years since “Top Gun” first blasted onto the silver screen, but it’s finally (FINALLY!) getting a sequel to satiate the unquenchable need for speed. While Tom Cruise confirmed that “Top Gun 2” is in the works,there’s no timeline for the film's production just yet, meaning we’re left to celebrate with nothing but our imagination.

But while we celebrated “Top Gun”'s triumphant return by watching the original trailer on a loop on YouTube while eating a whole bag of caramel popcorn, the Stanford University women’s beach volleyball team found a significantly less alarming way to show off their enthusiasm with this kickass recreation of that infamous greased-up volleyball match:

Complete with Ray-Ban aviator sunglasses, a balmy beach aesthetic, and “Playing with the Boys” by Kenny Loggins, it’s the perfect homage to every U.S. Navy pilot’s favorite action flick. Oh, and did we mention that it even paid special tribute to Goose’s mustache?