21 All Too Real Plot Ideas For ‘Top Gun: Maverick’ 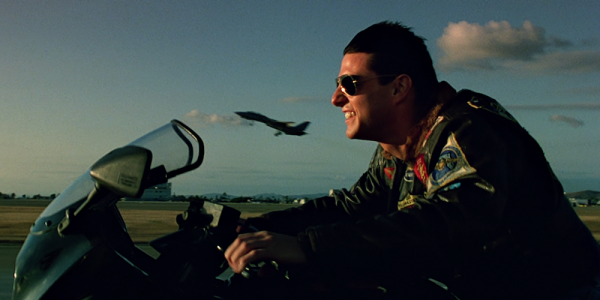 Ever since leading man and human jawline Tom Cruise revealed the extremely droll Top Gun sequel title of Top Gun 2: Maverick, we’ve heard very little about the new Jerry Bruckheimer-powered followup to the 1986 cult classic. And this leaves us worried, especially since Cruise and “Iceman” Val Kilmer are both three decades older. Will Maverick and Iceman fly one of those exciting new F-35s? Will Rob Riggle finally fly with the Blue Angels?! Did someone lose that lovin’ feeling?!?

We have no ideas, but the Internet does. Here are a bunch of somewhat alarming and totally imagined storylines for Cruise’s bare-chested return to the sultry sands of Miramar’s pristine volleyball courts in the age of ISIS and drones.

Top Gun 2 is just 90 minutes of Maverick in a holding pattern because drones have priority over the airspace.

This is why I joked that Top Gun 2 will involve Maverick sitting in a VA waiting room waiting to see a doctor.

Top Gun 2: Maverick finds the courage to fly again, but not to tell Fat Iceman that he's no longer attracted to him & their marriage is over

In Top Gun 2 "Maverick" Mitchell will still be "dangerous" and "living on the edge" by going to Early Bird specials and Bingo by himself.

Top Gun 2: Maverick is arrested for cashing bad checks and unsuccessfully attempts to bribe the police officer with sex.

Top Gun 2: Goose survived his ejection only to come back as an evil Russian cyborg pilot that Maverick must kill.
Print.
Money.

Is Top Gun 2 going to be about Maverick being replaced by an 18 year old kid piloting a drone on a computer screen from 100k miles away?

Maverick: I feel the need…
Iceman: …the need for…
Together: … Stronger reading glasses!
— TOP GUN 2#topgun2

I though the sequel featured Maverick, now retired, flying armed crop dusters in a county with a name he can't pronounce.