There are plenty of articles explaining the growing civil-military divide in America. Service members often feel civilians don’t understand them,... 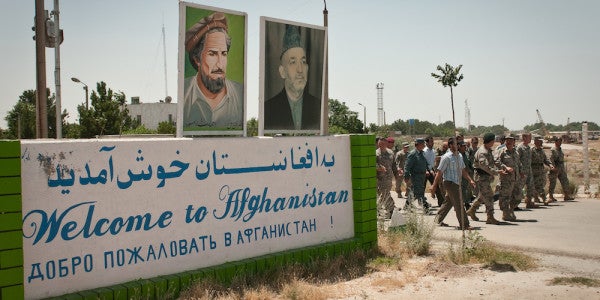 There are plenty of articles explaining the growing civil-military divide in America. Service members often feel civilians don’t understand them, and there’s plenty of truth to that – fewer than half of Americans report interacting with an active duty service member or spouse within the course of a year.

But the reverse is true too – service members are often so far removed from society they hardly understand civil society, either – a sentiment expressed best by a veteran of the Battle of Tarawa who said, “the longer you stay in uniform, the less you will really understand about the country you protect.”

Service members often have little connection to their communities, moving every few years and spending most of their time on military bases – self-contained cities in their own right. Worse yet, few service members pay state or local income taxes and fewer still vote in local elections in the communities which surround their bases. As a result, most service members are largely indifferent to municipal politics.

That ignorance carries over to Afghanistan, where American troops bear the burden of propping up the government of a war-torn society.

Case in point: the New York Timesreported that the NATO-led mission was withholding pay from the Afghan National Police in an attempt to deter high-ranking Afghan officials who pocket the money meant for police officers. That sort of draconian approach might work when you’re punishing soldiers – don’t clean the motor pool in time…fine, you’re staying late. But it’s not so good when you deal with government bureaucrats. When purse strings tighten, corrupt officials don’t cut bloat – they make the cuts very visible and very painful. For police departments, that means firing cops on the beat (not unlike how the Pentagon nixed flyovers back when sequestration kicked in).

As for NATO, it’s a tough lesson to learn. Desertion is already rampant among the Afghan Police, with nearly a quarter of the entire force quitting during 2015, and it’s likely recent events will only add to the ANP’s woes. Worse yet, former members of the Afghan security forces make prime targets for Taliban recruitment.

Seventeen years into this thing and we still have a lot to learn. Maybe the best place to start is here at home.