Tom Cruise is taking to the skies again. But this time it’s in a Piper Aerostar-600 loaded down with cocaine... 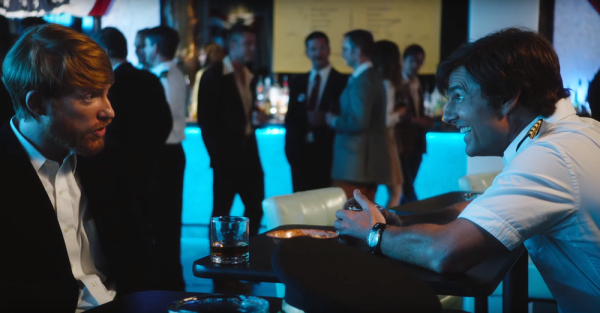 Tom Cruise is taking to the skies again. But this time it’s in a Piper Aerostar-600 loaded down with cocaine and guns, not an F-14 Tomcat. “American Made,” set for a Sept. 29 premiere, has Cruise playing Barry Seal, a commercial airline pilot who’s recruited by the Central Intelligence Agency to shuttle drugs and guns to and from South America. Check out the fresh trailer:

Directed by Doug Liman, who worked with Cruise on “Edge of Tomorrow,” Universal’s “American Made” is loosely based on the true story of Adler Berriman Seal and his misadventures with the CIA, the Drug Enforcement Agency, and the Medellin cartel. That probably means a movie jammed with explosions, a shootout, and a high-speed chase, all while Cruise sinks deeper into a CIA plot involving black-budget cash and cartel killers.

The new trailer, which dropped June 5, comes on the heels of Cruise’s announcement that he’s signed on for a “Top Gun” sequel. So, if seeing the Hollywood action hero as a government-funded drug smuggler and arms runner isn’t for you, don’t fret: Maverick will be back.