Strap in, folks: Things are kicking into overdrive with the much-anticipated sequel to 1986 Navy fighter pilot classic 'Top Gun.' A... 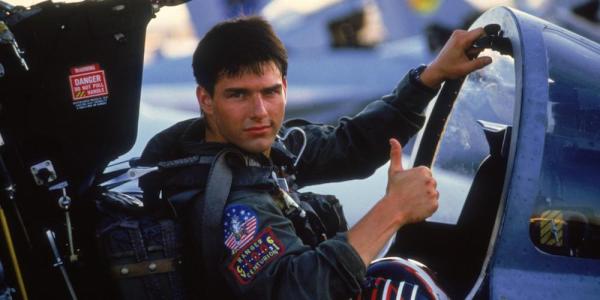 Strap in, folks: Things are kicking into overdrive with the much-anticipated sequel to 1986 Navy fighter pilot classic 'Top Gun.'

A steady trickle of new details over the last few months has transformed the prospect of a sequel from Hollywood pipedream to cinematic certainty. In May, Tom Cruise revealed that Lt. Pete “Maverick” Mitchell would return for a new adventure decades after the original film. In June, Cruise revealed that Jerry Bruckheimer and Joseph Kosinski were reportedly on board guide the project.

But now, things are getting officially official: Entertainment Weekly reports that 'Top Gun: Maverick' will blast across silver screens across America on July 12, 2019.

One the one hand, sweet! Firming up a release date and a commitment from director Kosinski helps solidify expectations that the project won't just die in development.

On the other hand, two years is a long time to wait for some sweet, sweet inverted action, especially in a world where an all-out conflict in the skies above war-torn Syria feels almost inevitable. Cruise may go after Syrian Su-22 fighter-bombers during filming, but the outside world may have moved on to downing Maverick's favorite targets in Russian jets upon its release.

Time will tell how Bruckheimer and Kosinski will end up shaping the sequel's script. In the meantime, we'll hold onto that lovin' feeling: