After more than a decade and billions spent developing the consistently troubled F-35 Joint Strike Fighter, the Air Force is eyeing a new variant of the F-15 — much to lawmakers' dismay 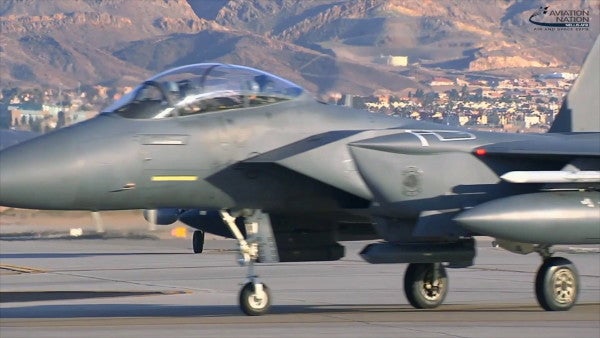 After more than a decade and billions spent developing the consistently troubled F-35 Joint Strike Fighter, the Air Force is eyeing a new variant of the F-15 — much to lawmakers' dismay.

The Air Force's fiscal year 2020 budget request will likely include an ask for eight of Boeing's new F-15X variant, Bloomberg News reports, the first installment of an 80-plane buy for the next five years.

If fulfilled, the request would mark the first U.S. purchase of the fighter since 2001. And while a price tag was unclear, Bloomberg News previously reported that the Pentagon had considered snagging a dozen F-15X fighters for $1.2 billion.

The planned purchase of the new variant of the 45-year-old fourth-generation fighter comes amid the Air Force's continued pursuit of the more advanced fifth-generation F-35, an airframe that remains plagued by reliability issues, including F-35B service life well below projections and “unacceptable” accuracy issues in the F-35A's weapons systems.

But this split attention is creating tension between the Air Force and lawmakers in Congress tasked with paying for the aircraft, On Tuesday, A group of Republican senators sent a letter to President Donald Trump warning that an F-15 purchase would siphon resources away from — and, in turn, undermine — the F-35 program at the cost of national security.

“We are extremely concerned that, over the last few years, the DoD has underfunded the F-35 Program and relied on Congress to fund increases in production, sustainment, and modernization,” the lawmakers wrote. “In order to meet the overmatch and lethality goals laid out in the National Security Strategy, the DoD needs to make these investments in the F-35 to affordably deliver and operate this fifth-generation fighter fleet. The F-35 is the most affordable, lethal, and survivable air dominance fighter, and now is the time to double down on the program.”

“New versions of old F-15s designed in the 1970s-1980s cannot survive against the newest Russian and Chinese fifth-generation fighter and surface to air missile threats, not to mention rapidly developing future threats,” they added. “This action by the DoD would be a direct departure from the vision you have for a strong national defense.”

Something tells us this likely wasn't the Air Force's idea: In January, Bloomberg Government reported that the initial push for the new aircraft came from senior leaders within the Pentagon like acting-Defense Secretary Pat Shanahan “and not the Air Force, which would be flying the planes.”

In short: the Pentagon appears to be twisting the Air Force's arm to funnel attention and resources to an aging fighter it doesn't even want. Cool. Cool cool cool. Cool.

SEE ALSO: The F-15X: The Air Force's Next Super Fighter Or A Huge Waste Of Time?

WATCH NEXT: The F-35 Pulls Off Some Insane Manuevers