The investigation comes amid a war between defense industry giants Lockheed Martin and Boeing about whether the Pentagon should buy more F-35s or F-15Xs. 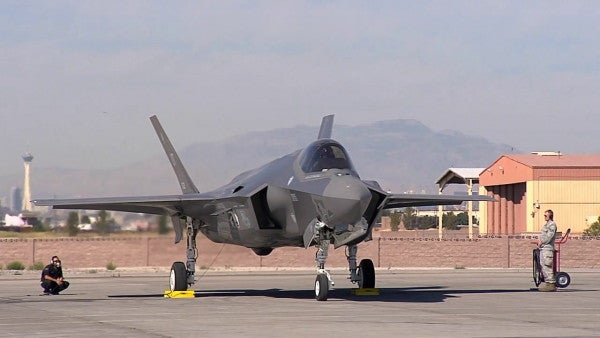 Acting Defense Secretary Patrick Shanahan is being investigated for allegedly showing favoritism to Boeing, where he worked for more than 30 years before joining the Pentagon.

“The Department of Defense Office of Inspector General has decided to investigate complaints we recently received that Acting Secretary Patrick Shanahan allegedly took actions to promote his former employer, Boeing, and disparage its competitors, allegedly in violation of ethics rules,” a DoD IG spokesperson said on Wednesday.

The inspector general's office declined to specify which actions Shanahan allegedly took, but in January, Politico first reported that Shanahan had allegedly criticized how Lockheed Martin handled the F-35 program and argued Boeing would have done a better job.

Citizens for Responsibility and Ethics in Washington, a government watchdog group, filed a complaint based on Politico's reporting with the inspector general's office on March 13 asking that Shanahan be investigated for allegedly promoting Boeing.

The following day, Sen. Richard Blumenthal (D-Conn.) asked Shanahan if he supported launching an investigation into whether he had, “Broken any ethics rules by promoting Boeing while you served as deputy secretary of defense.”

Shanahan said he did. The inspector general's office noticed.

“In his recent Senate Armed Services Committee testimony, Acting Secretary Shanahan stated that he supported an investigation into these allegations,” the inspector general's office spokesperson said. “We have informed him that we have initiated this investigation.”

Shanahan's spokesman issued a statement on Wednesday reiterating that the acting defense secretary supports an investigation into the complaint filed by Citizens for Responsibility and Ethics in Washington.

“Acting Secretary Shanahan has at all times remained committed to upholding his ethics agreement filed with the DoD,” said Army Lt. Col. Joe Buccino. “This agreement ensures any matters pertaining to Boeing are handled by appropriate officials within the Pentagon to eliminate any perceived or actual conflict of interest issue with Boeing.”

The investigation comes amid a war between defense industry giants Lockheed Martin and Boeing about whether the Pentagon should buy more F-35s or F-15Xs to replace the Air Force's fleet of F-15Cs.

Pratt & Whitney happens to make F-35 engines in Connecticut, which Blumenthal represents. A spokeswoman for Blumenthal could not be reached for comment.

“The F-15X provides additional capacity and readiness, especially in the near years to mid years as we look at the threats and the kinds of combat potential that we need to bring to bear,” Army Lt. Gen. Anthony R. Ierardi, the Joint Staff's director of force structure, resources and assessment, said at a March 12 budget briefing.

“So as the F-35 program and the stocakge of aircraft in the fleets continue to grow, the fourth-generation fighters and that mix, we thought, was appropriate to have as we looked at the threat and the kinds of flexibility we required as we go forward.”

SEE ALSO: The Air Force is eyeing an F-15 variant nobody wants while still struggling with the F-35

WATCH NEXT: Up Close And Personal With The F-15