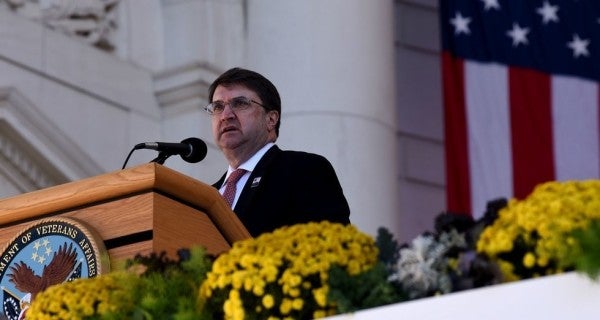 According to Eric Katz of Government Executive, the nascent Office of Accountability and Whistleblower Protection has come under investigation by the VA Inspector General by employees who feel “betrayed or neglected by an office they believed was going to help them but ended up doing the opposite.”

Established by President Donald Trump through an executive order in April 2017, the Washington, D.C-based OAWP serves to “improve the performance and accountability of VA senior executives and employees” by investigating allegations and concerns sent in by whistleblowers, according to its website.

“Additionally, OAWP provides the protection of valued VA whistleblowers against retaliation for their disclosures.”

Except, apparently, when they don't.

Dan Martin, a chief engineer at VA's Northern Indiana Health Care System, said OAWP failed to protect him when his case came before it. Martin said in 2016 he discovered contracting violations related to a non-functioning water filtration system, but when he reported the problems to superiors he was stripped of his responsibilities and sent to work in an office without heat or air conditioning. The VA inspector general launched an investigation into the contracting practices, and asked Martin to surreptitiously record conversations with procurement officers, Martin said.

It was not until OAWP got involved in the case that Martin's supervisors became aware of that cooperation. When OAWP allegedly shared that information with leadership at his facility, Martin said his supervisors “had no choice but to shut me down” so he could no longer send recordings about the supervisors' “very inappropriate relationships with contractors” to investigators in the OIG.

Although the stories among VA employees shared with Government Executive don't seem to show OAWP directly retaliating against whistleblowers, its apparent practice of sharing the names of who's talking to them with the the people most likely to get in trouble if a whistleblower claim is substantiated seems, uh, well, not so good.

According to a July 2018 Government Accountability Office report, in some cases the actual VA program offices or facilities where a whistleblower reported misconduct was the same office doing the investigation. Which isn't a conflict of interest or anything.

That practice has since been stopped, VA spokesman Curt Cashour told Government Executive.

In a statement to Task & Purpose, Cashour said VA “welcomes the inspector general's oversight, and for the last several months we've been cooperating closely with the IG on its assessment and encouraging the office to release its report as soon as possible.”

While Cashour could not comment on specific complaints from the current and former employees — saying they had not provided written consent for him to do so — he added, “we had hoped to receive the IG's report on this assessment in January, when VA Assistant Secretary for Accountability and Whistleblower Protection Dr. Tamara Bonzanto was sworn in so she could use it as a roadmap to ensure OAWP is operating exactly as Congress intended and with maximum efficiency.

Without the benefit of the IG's recommendations, however, Dr. Bonzanto has been assessing OAWP's performance and has been working on a number of key improvements to ensure the office is complying with Congress' intent. These include providing timelier resolutions, more responsive recommendations and enhancing communications with whistleblowers.”