A federal grand jury has convened in the criminal investigation into the suspicious deaths of 11 patients at a Veterans Affairs hospital in Clarksburg West, Virginia in 2018. The deaths are believed to be linked to improper insulin injections, which can be deadly for those who are not diabetic. 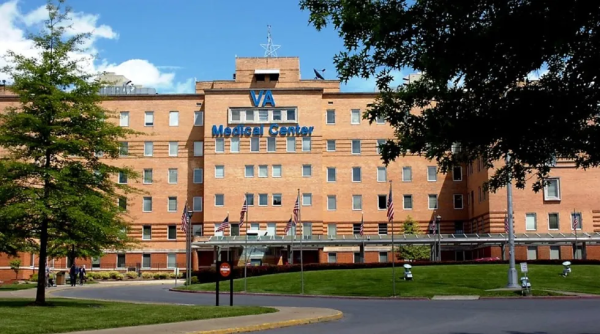 A federal grand jury has convened in the investigation into the suspicious deaths of 11 patients at a Veterans Affairs hospital in Clarksburg, West Virginia between 2017 and 2018 believed to be linked to improper insulin injections, which can be deadly for those who are not diabetic.

The person of interest in the case, who has not been identified, previously worked as a nursing assistant at the Louis A. Johnson VA Medical Center on the hospital's 3A ward, where 11 elderly veteran patients died under similar circumstances due to severe hypoglycemia, according to the Washington Post, which first reported the latest developments in the 18-month-old investigation.

Citing details from medical professionals and federal investigators that emerged during closed door testimony, the Post reported that investigators believe the person of interest “gave the veterans, most of whom were not diabetic, multiple, unauthorized injections of insulin that led to their deaths of severe hypoglycemia, or low blood sugar.”

From mid 2017 into 2018, a pattern appeared to emerge, one which hospital officials failed to notice for months, the Post reported.

The patients, all elderly and in private rooms, were injected with insulin in their limbs and abdomens despite the injections not being ordered as part of their medical care, sometimes through multiple shots. The insulin was administered late at night when the ward was mostly emptied out, and within hours, the patients' blood sugar dropped to dangerously low levels.

According to the Post, three of the deaths are being investigated as homicides, while the causes of death in the other eight have been changed from “natural causes” to “undetermined.”

The news comes a day after Sen. Joe Manchin (D-W.Va.) voiced his frustration that the public was being kept out of the loop on the case's progress, Military Times reported.

“It's unbelievable,” Manchin said. “It has been a year and a half, and nothing has been done. We have a suspected person, but not one arrest has been made. I can't get information out of the VA or the prosecutor's office.”

One of the first cases to come to light was that of Felix McDermott, an 82-year-old Vietnam veteran, who died suddenly on April 9, 2018.

As Task & Purpose previously reported, McDermott was admitted to the Clarksburg VA three days earlier for pneumonia. McDermott, who suffered from dementia and physical disabilities following a stroke, began to see an improvement in his health before his sudden death.

“In the early morning hours of April 9, 2018, while still a patient at the Louis A. Johnson VA Medical Center, Ret. Army Sgt. McDermott unexpectedly developed shortness of breath,” and a “finger stick blood glucose test” revealed that “he had a critically and profoundly low blood sugar level,” according to a wrongful death claim filed by Tony O'Dell, the attorney representing McDermott's family in their case against the VA.

McDermott's body was one of seven that was exhumed and flown to Dover Air Force Base in Delaware for a forensic autopsy last year, the Post reported.

“As a result of the investigation, the Armed Forces Medical Examiner ruled that the manner of Felix Kirk McDermott's death is homicide,” according to the wrongful death claim, which stated that McDermott's death was caused by an injection of insulin into his abdomen. McDermott was not diabetic.

“There's something called a sentinel event: When there's a sudden unexplained death, under suspicious circumstances or not, it's supposed to be reported,” O'Dell previously told Task & Purpose, adding that a detailed investigation — “a root cause analysis” — is meant to occur after such incidents.

The VA has faced mounting criticism over the amount of time it took before the deaths raised suspicions, and why the investigation has taken so long.

“Our hearts go out to the families affected by these tragic deaths,” Wesley R. Walls, a spokesperson for the Clarksburg VA told Task & Purpose. “Clarksburg VA Medical Center discovered these allegations. Clarksburg also fired the individual at the center of them. But well over a year after Clarksburg VAMC reported this issue to authorities, Veterans and families are still waiting for the independent inspector general to complete its work and provide the closure West Virginia Veterans and families deserve. Justice is now dependent on the independent [Veterans Affairs Office of the Inspector General's] investigation.”

The Veterans Affairs Office of the Inspector General provided a statement that was originally released on August 27, 2019, stating that the VA OIG “has been working with our federal law enforcement partners to investigate the allegations of potential wrongdoing resulting in patient deaths at the Louis A. Johnson VA Medical Center in Clarksburg, West Virginia. At this time, we cannot comment further on those activities. As is always the case, the VA OIG works with the Department to identify and urgently address allegations related to patient safety. The care and safety of our veterans and their families remain our top priority.”

UPDATE: This article has been updated with a statement from the Veterans Affairs Office of the Inspector General.