A Vietnam veteran was ‘feasted on’ by ants before his death at an Atlanta VA hospital, his daughter says

A Vietnam vet stricken with cancer was overrun by ants and bitten more than 100 times days before he died at a VA hospital in Atlanta, his daughter said 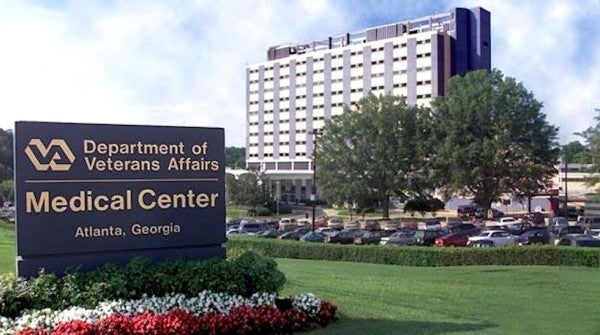 A Vietnam vet stricken with cancer was overrun by ants and bitten more than 100 times days before he died at a VA hospital in Atlanta, his daughter said.

Laquna Ross noticed the scores of red bite marks and swelling when she visited her Air Force veteran dad Joel Marrable at the Eagle's Nest Community Living Center inside the Atlanta VA Medical Center Sept. 6, she told the Daily News.

She had just returned from a trip and hadn't seen her dad in 11 days.

“When I took his hand out, it was really swollen, and he flinched,” she said. “I was really worried and asked a staffer if she could come take a look.”

The staffer's response left her stunned.

“She said, 'Well, it's getting better…you know…from the ants,'” Ross recalled.

When the daughter appeared confused, the staffer described a horrific scene that unfolded days earlier.

“She said my dad had been covered in ants. One of the nurses came in and turned on the lights and just screamed,” Ross said.

“She told me, 'We thought Mr. Marrable was dead. We didn't know what happened with all the ants. We jumped into action, took him into the shower and covered his nose so he could breathe while we washed them off,'” Ross told The News.

Ross found the description “terrifying.” She took the case to hospital administrators and got them to agree in the middle of the night to move her dad to a new room.

Marrable, 74, was moved on Saturday, Sept. 7, and died within hours, Ross said.

“He had cancer for three years and spent 14 months at the VA. We made a bucket list and went to the Bahamas and laughed and joked up until the end. He was at peace with dying, so it's so unfortunate this happened right at the end,” Ross said.

Ross first told her dad's story to WSB-TV in Atlanta.

In a statement obtained by the station, the VA Medical Center in Atlanta expressed its “heartfelt remorse and apology” to the families affected by the ant outbreak.

“The Atlanta VA Health Care System leadership team has been notified that ants were found in our Community Living Center and impacting patients. CLC staff immediately cared for the Veterans and took action to ensure no other CLC residents were impacted,” the hospital said in its statement to WSB-TV.

Ross said she decided to speak out to hopefully prevent another patient from suffering through the same horror.

“I want to spread awareness. Do we understand the magnitude of how busy the VA is, the number of patients they have?” she asked in a phone interview with The News.

“I know the staff, without a shadow of doubt, respected my dad and even loved him. But what's their ability to assess situations and fix things?” she asked.

“I understand mistakes happen. I've had ants. But he was bit by ants two days in row,” she said. “They feasted on him.”