"His room had ants, the ceiling, the walls, the beds. They were everywhere. The staff member says to me, 'When we walked in here, we thought Mr. Marrable was dead. We thought he wasn't even alive, because the ants were all over him" 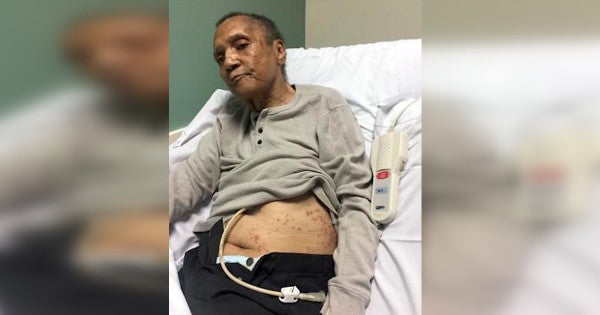 The U.S. Department of Veterans Affairs put on leave an Atlanta-based administrator and reassigned the region's chief medical officer and seven other staff members while it investigates the treatment of a veteran under its care.

Joel Marrable's daughter discovered more than 100 ant bites on her father when she visited him in early September.

The daughter, Laquna Ross, told Channel 2 Action News: “His room had ants, the ceiling, the walls, the beds. They were everywhere. The staff member says to me, 'When we walked in here, we thought Mr. Marrable was dead. We thought he wasn't even alive, because the ants were all over him.'”

Marrable, who served in the Air Force, was staying at the Eagle's Nest Community Living Center on the Veterans Affairs Medical Center's campus in DeKalb County. He died from cancer shortly after the incident.

Sen. Johnny Isakson got involved upon hearing the report.

The VA posted a statement Tuesday outlining actions it was taking, but did not name the staffers involved.

It said that the regional network director, listed on its website as Leslie Wiggins, is on immediate leave.

The region's chief medical officer, listed on the website as Dr. Arjay K. Dhawan, has been assigned to administrative duties pending a review of the quality and safety of care issues in the network.

Seven staff members have been reassigned to non-patient care positions while the VA investigates.

“What happened at Eagles' Nest was unacceptable, and we want to ensure that veterans and families know we are determined to restore their trust in the facility,” said VHA Executive in Charge Dr. Richard Stone.

Wiggins was assigned in 2013 to manage the Atlanta VA Medical Center in Decatur after the deaths of three veterans linked to widespread mismanagement in the hospital's mental health unit. The then-secretary of the VA endorsed the work Wiggins did a year after her appointment, and she was later elevated to the regional director.

Problems remained as the Atlanta hospital received the department's worst reviews, one star out of five, about a year ago.

A call to Wiggins' office was not immediately returned.